Callistemon “Western Glory” is believed to be a hybrid with Callistemon citrinus in its parentage. It originated in a Western Australian nursery in a batch of seedlings and was selected for further propagation because of its attractive features. It is a bushy shrub 2 – 3 m tall by a similar spread with lance shaped leaves to about 70 mm long. Bright red brushes to 120 mm long occur in mid to late spring. It is a hardy shrub which will withstand at least moderate frost and which flowers best in a sunny position.

Like most Callistemon cultivars, C.”Western Glory” produces viable seed which germinates easily. However, because of seedling variation, any plants produced from this seed will not be identical to the parent plant and cannot be called “Western Glory”. Plants produced from cuttings (which usually strike readily) will produce genetically identical plants to the parent. 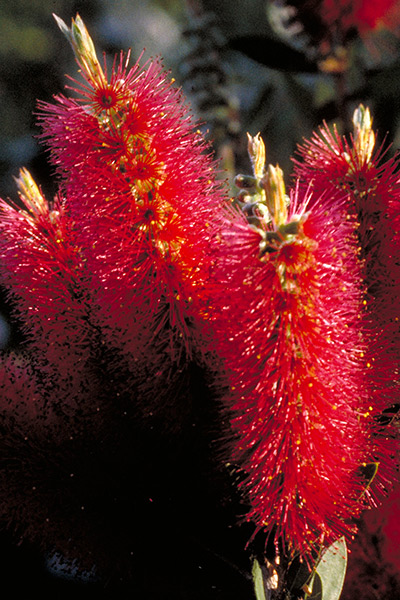