Chamelaucium is a genus of about 30 species all occurring only in south western Australia. They are generally small to medium shrubs with narrow leaves and ‘tea-tree’ like flowers.

Chamelaucium uncinatum is usually a medium to large shrub, typically 2-3 metres high in cultivation and of fairly open habit. The leaves are narrow, up to 40mm long and highly aromatic when crushed. The flowers appear in late winter and may last well into summer. They are circular in shape and are usually pale to mid pink in colour, 15 to 20 mm in diameter. Flower colours from white through to purple/red are known.

Although native to a dry summer climate, several forms of Geraldton wax are reasonably hardy in more humid, temperate and sub-tropical areas but cannot be recommended in the humid tropics. The species is undoubtedly more adaptable to areas of dry summers. Generally, the normal pink-flowered form seems to be more hardy than the deeper coloured forms, such as ‘Purple Pride’, and the white form. The plant requires a very well drained position, preferably in sandy soil in sun or semi shade. Once established, plants will tolerate periods of extended dryness. The plants respond well to pruning back by about one third annually.

Geraldton wax is one of Australia’s most famous wildflowers and is widely used as a cut flower in Australia and overseas. The flowers last for well over a week when cut. A number of different colour forms have been selected including:

C.uncinatum has also been used in hybridisation work, usually with C.megalopetalum, a similar species with larger flowers.

Propagation from seed is difficult but cuttings of firm, current seasons growth usually strike readily. Some experiments have been carried out into grafting Chamelaucium species onto Kunzea flavescens, Kunzea ambigua and Leptospermum petersoni. This work shows promise. 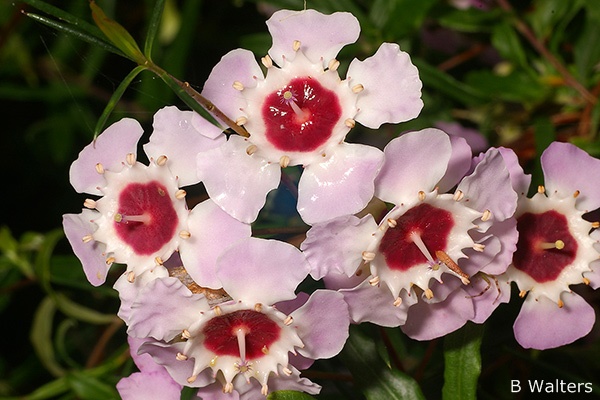 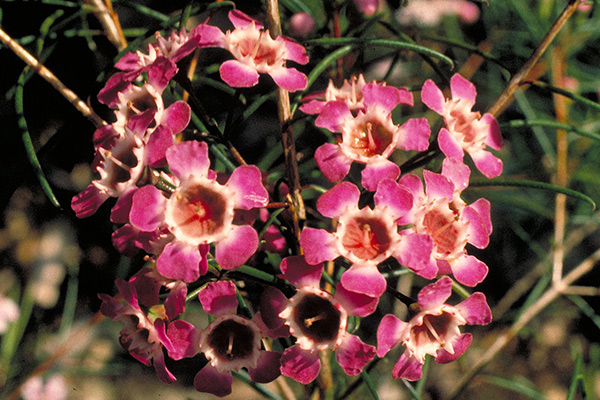