Convolvulus is a genus of over 200 species which are distributed widely in many parts of the world. They are mainly climbing or twining species but there are some that have a shrubby habit of growth. The plant family Convolvulaceae includes several invasive weed species including Convolvulus arvensis (Field Bindweed) and Ipomoea indica (Morning Glory).

Convolvulus angustissimus is a trailing or creeping plant with entire to lobed leaves that are variable in shape and size. The circular, pink flowers are about 20-25 mm diameter and have a shallow, funnel shape. They occur mainly in spring to summer but can be found at other times of the year. Like most members of the Convolvulaceae, the individual flowers last only a single day.

Currently four subspecies are listed in the Australian Plant Census: subsp. angustissimus, subsp. fililobus, subsp. omnigracilis and subsp. peninsularum. The differences between the subspecies can be subtle and difficult for the non-botanist to determine.

Like other native Convolvulus, C.angustissimus has not been widely cultivated. It could be a used as a light groundcover and is unlikely to be vigourous enough to become a nuisance by twining among other plants. Its longevity in cultivation is not known at this stage. It should tolerate most reasonably drained soils and may be a useful plant for growing in containers, including hanging baskets.

A cultivar known as ‘Pink Sapphire’ is marketed as a select form of C.angustissimus but there is doubt that it has been correctly ascribed to that species as the foliage seems to be atypical for C.angustissimus.

Propagation of C.angustissimus can be carried out from seed but the hard seed coat needs to be carefully nicked with a knife to expose the embryo and enable successful germination. Cuttings of firm, current season’s growth should strike readily. 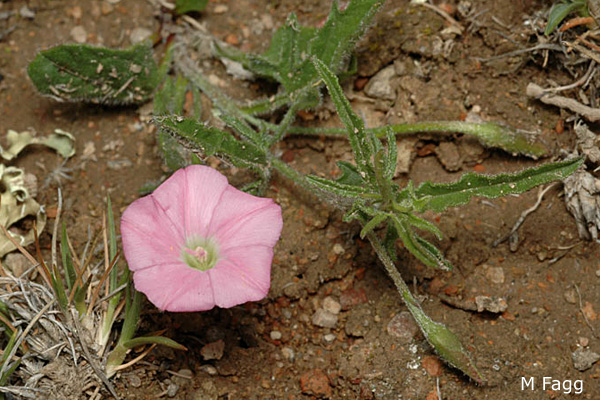 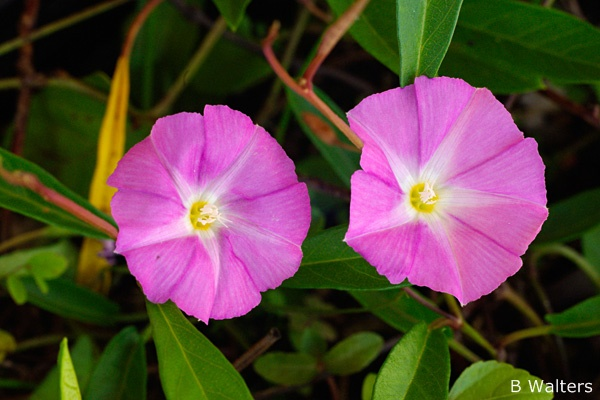