In recent years, a number of Corymbia cultivars have been developed which feature masses of brightly coloured flowers produced at the ends of the branches to provide a spectacular display. These cultivars include selected forms of well known species such as the Western Australian red flowering gum (Corymbia ficifolia) as well as hybrids using C.ficifolia, C.ptychocarpa (a tropical species) and possibly other species. Two of the most popular of these ficifolia/ptychocarpa cultivars are Corymbia “Summer Red” and Corymbia “Summer Beauty”.

These new cultivars and hybrids are almost invariably grafted because:

In addition to “Summer Red” and “Summer Beauty”, cultivars that are available include the following (note that they will sometimes be labelled as Eucalyptus rather than Corymbia):

These cultivars are small to medium-sized trees that may reach about 8-10 metres in height. They have large glossy dark green leaves up to 300 mm long and 50 mm wide with a light green reverse and some have decorative bronze new growth several times a year. Pruning is not necessary except to remove the lower branches so you can walk under them.

The peak flower display is in the summer months but occasional flowers can be found at other times. The canopy of these distinctive trees is virtually covered with huge dense terminal clusters of flowers each up to 20 mm across. Honey-eating birds and bees find the nectar laden flowers irresistible.

All of these hybrids are relatively recent introductions to cultivation but should be adaptable to most areas of Australia. These small gums are suited to most soils but grow best in well-drained, organically rich but moist soils. They prefer a sunny location and respond to controlled release fertilizer during the growing season to encourage maximum flowering. They should be able to cope with extended dry conditions once established.

An important consideration with grafted plants is to remove any shoots that may develop from the stock plant (as seen in the photo). These must be removed or they will develop at the expense of the scion (the grafted plant).

Propagation of these trees by the home gardener is not practical. Although they produce viable seed, it will not come true to type so there is no way of knowing the flower colour of the resultant seedlings (and, as noted above, they are not especially hardy on their own roots in many areas). In addition, cuttings of Corymbia/Eucalyptus are notoriously difficult to strike. The only practical way of propagating these cultivars is by grafting. It is believed that Corymbia gummifera and C.intermedia may be successfully used as stock. 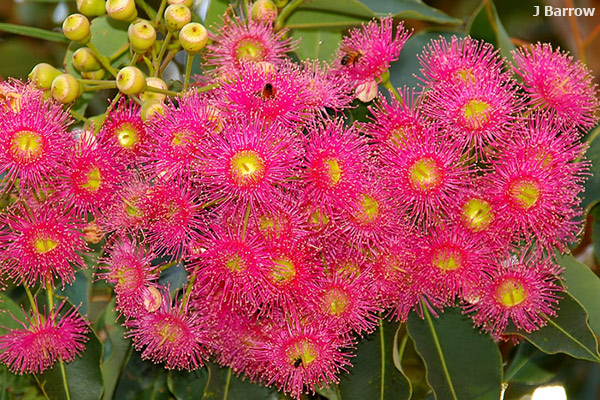 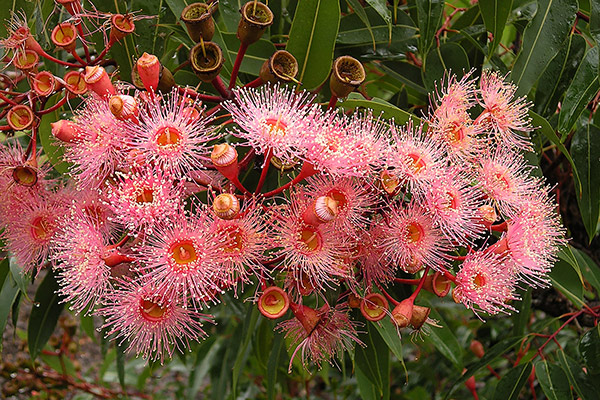