Corymbia maculata is one of around 80 eucalypts which were transferred in 1995 from the genus Eucalyptus to the newly created genus Corymbia. The species was formerly known as Eucalyptus maculata.

Spotted gum is one of the best known of all of the eucalypts because of its stately, tall growth habit and distinctive trunk which is blotched with patches of old bark contrasting with the smooth, cream bark beneath.

It develops into a medium to tall tree to about 30 metres high. Leaves are the typical lance shape shared by many eucalypts and are 10-20 cm long by 2.5 cm wide. The white flowers occur in winter to spring but are not as conspicuous as they are with a number of other corymbias. None the less, they attract honey eating birds. The flowers are followed by brown, barrel shaped fruits about 15 mm in diameter.

Large-leaved spotted gum, Corymbia henryi, is very similar in appearance to C.maculata and occurs in part of the same range. C.henryi is restricted to an area between about Brisbane and Coffs Harbour.

C.maculata is a very decorative species but perhaps too large for most suburban garden. On larger properties or in parklands it is a superb feature, particularly if close planted. It is suited to temperate to tropical areas but will grow satisfactorily in drier climates if water is available. It adapts to a wide range of soils provided they are not waterlogged. Like most smooth-barked eucalypts, the bark sheds in early summer and it can result in an untidy appearance on lawns and paths for a few weeks.

The timber of spotted gum is very strong and is exploited commercially for a range of construction uses. It is also used for honey production. 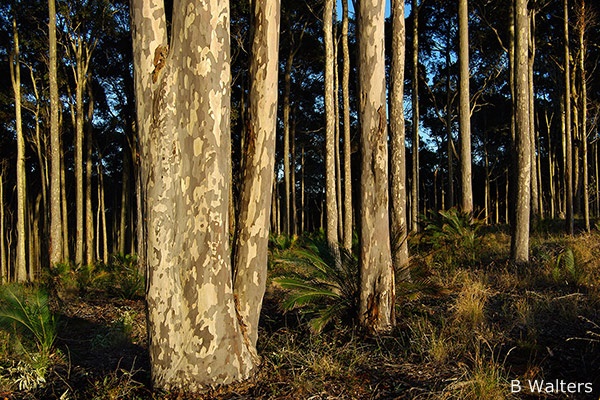 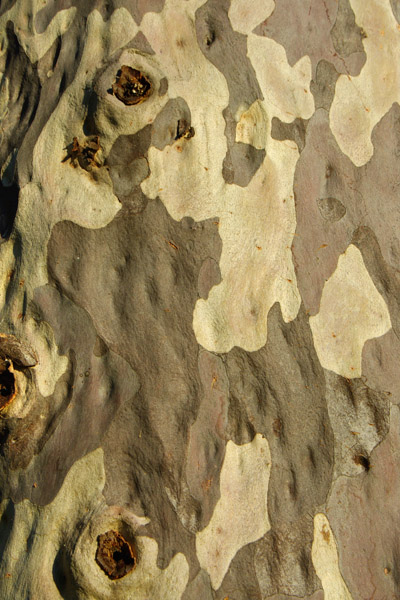