Major taxonomic revision of the Dendrobium group has occurred in recent years with many species being transferred to new genera. Some of these changes have been reasonably widely accepted (eg Dockrillia) while the status of others is less certain. Dendrobium kingianum has been transferred to the genus Thelychiton by some authorities but the earlier name is retained here in accordance with the Australian Plant Census.

Dendrobium kingianum is usually a lithophyte (growing on rocks) but can sometimes be found as an epiphyte (growing on another living plant, but not parasitic in nature). Pseudobulbs are up slender, up to 35 cm long with a thick base. There are usually 3 to 6 thick leaves at the top of each pseudobulb. Flowers occur on stems from the top of each pseudobulb in racemes of 2 to 15 flowers per stem. They are usually pink to deep mauve but white forms are known. Flowers are seen from late winter to spring.

D.kingianum is a very variable species and a number of varieties of have been described. However, the status of these is dubious and in need of further research.

D.kingianum is popular in cultivation and is easy to grow in tropical to temperate climates. It can be grown on branches of trees or on rocks where it receives nutrients through the break down of leaf litter that accumulates around its root system. While the plant is establishing its root system, it may need to be fixed into position by wire or twine. Eventually new roots will form which will grip the substrate firmly. The plant should not be planted directly into soil as the root system is not adapted to constant moisture. It can also be grown as a container plant in a coarse medium such as pinebark chips. Glasshouse cultivation is not necessary except in colder climates as the plant is frost sensitive. It should not be grown in dense shade or flowering will be discouraged. Application of liquid fertilizer during the growing season (spring – summer) will promote healthy growth. Watering should be kept to a minimum during winter.

Plants can usually be obtained through specialist Australian orchid nurseries. The plant can be propagated by division of the clump but propagation by seed requires specialist treatment which is not really practical except for true orchid enthusiasts. 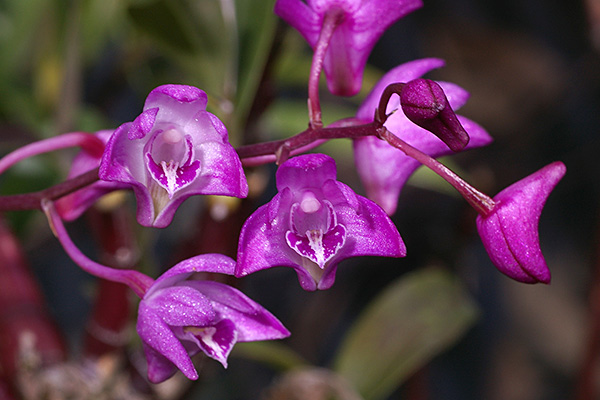 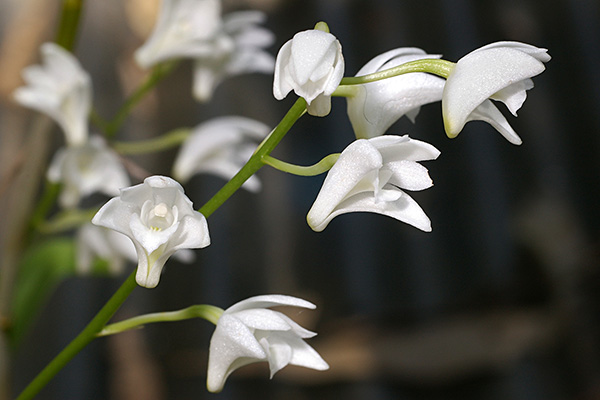