The genus Dillenia contains about 60 species in Asia, of which one, Dillenia alata, reaches tropical Australia.

The red beech is a small tree usually about 6 to 10 metres high, although sometimes smaller. It derives its common name from its beautiful flaky papery trunk, initially copper/pink and becoming maroon with age. The large (10-25 cm by 8-12 cm) ovate leaves are an attractive glossy, dark green colour, while new leaves are reddish brown.

The flowers are bright yellow and 6-9 cm in diameter. They are similar to those of Hibbertia (a member of the same family) and, although they last for one day, they are replaced daily for one to two months in late spring and summer. The open fruit reveal bright red valves and black seeds. These are also an attractive feature of the plant and they contrast well with the dense green foliage.

Dillenia alata grows abundantly in many of the swampy depressions around Cairns. The bark, flowers and leaves all make for an attractive small tree for the subtropical or tropical garden. Sandy soils are preferred and, once established, the species can tolerate periods of dryness. Cultivated plants have tolerated frosts in at least one southern Queensland garden.

Propagation is best from fresh seed. Tip cuttings are reported to strike reasonably under mist. 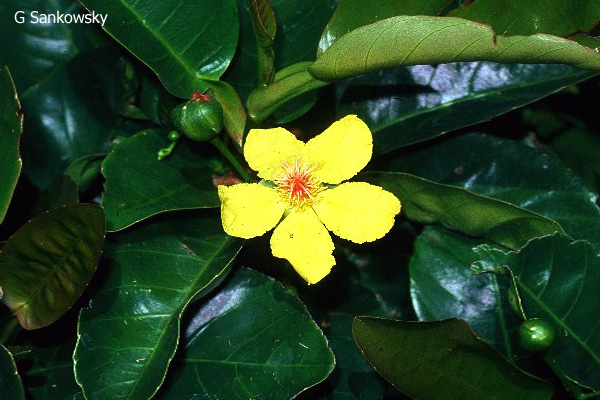 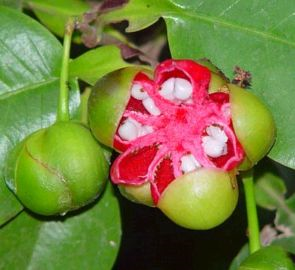