Doryanthes is an Australian genus comprising two species (the other being D.palmeri of northern New South Wales and south-east Queensland).

Doryanthes excelsa is a clumping, tussock-like species consisting of long, lance-shaped leaves about 150 cm long by about 10 cm wide. The leaves are bright green in colour. The flowering stem emerges from the centre of the tussock during winter and may reach 3 to 5 metres in height when the flowers open in spring. The flowers occur in clusters at the top of the stem and, individually are about 100 mm long. The flowers are usually red but a rare white-flowered form is known. The flowers are bird-attracting.

Gymea lily is a hardy and attractive plant that has received a lot of attention in public landscaping projects in recent years. Although native to the Sydney region, it has proven adaptable to a range of climates. The plant prefers well drained, moist soils in full sun or partial shade. The foliage is frost tolerant but the flowers may be damaged by heavy frost. Plants tend to be fairly slow growing but respond to applications of slow-release fertilisers. The development of flowering stems can take anything from 5 to 20 years from seed.

Propagation is usually carried out from seed which does not require any pre-sowing treatment. Division of clumps is also possible. 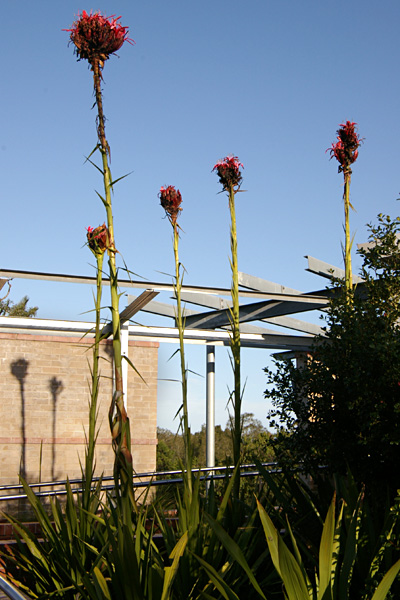 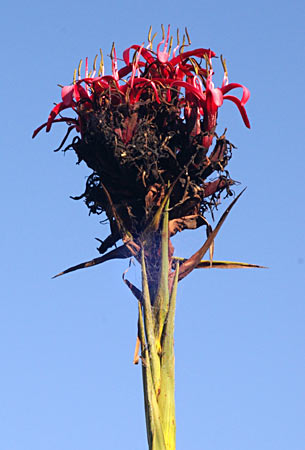