Elaeocarpus is a genus of about 200 species occurring in Australia and in tropical areas to Australia’s north. There are 30-40 species in Australia. Most occur in rainforests but E.reticulatus is unique in extending south into temperate areas. Some Elaeocarpus produce edible fruits or nuts.

Elaeocarpus reticulatus is a tall shrub or small tree which can reach 10-15 metres in height but is usually much smaller in gardens. It is the most commonly grown member of the genus and is popular for its size, attractive flowers and colourful blue berries. It is adaptable to many climate zones provided water is available. It is not demanding as to soils but sands and waterlogged areas are not favoured. Plants will grow in full sun to heavy shade.

Flowering occurs in summer and masses of small, fringed, bell-shaped flowers are produced. These are usually white but a pink form is in cultivation (sometimes called “Prima Donna”). The flowers are followed by globular-shaped, blue fruits which are retained on the plant for long periods. The fruits are not regarded as palatable.

Propagation of E.reticulatus is generally from cuttings as the seed is very difficult to germinate. 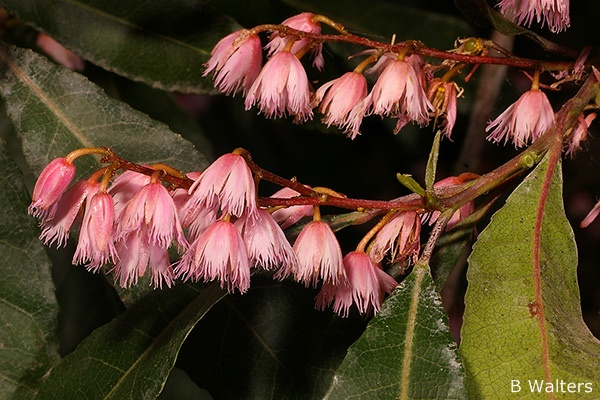 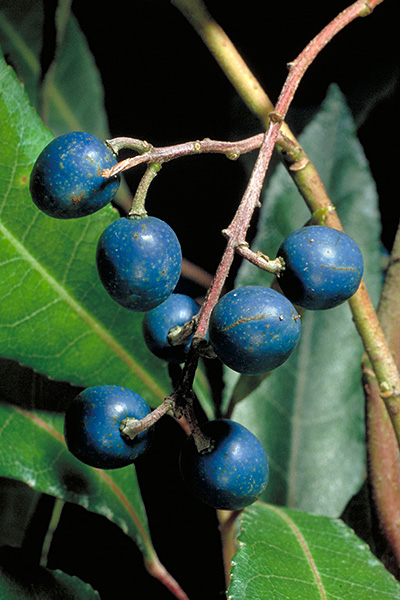