Epacris serpyllifolia is a small shrub from 0.3 to about 1.2 metres high with a spreading habit. The leaves are small (up to 5 mm long) and oval shaped, ending in a point. In some areas newer leaves may have a reddish colour during winter. The white flowers are tubular in shape to about 6 mm long with spreading lobes appearing in spring and early summer.

This species is not often seen in cultivation but should be suited to protected, well drained positions in cooler climates. It should make an attractive plant for a container.

Propagation of E.serpyllifolia can be carried out by cuttings of firm current season’s growth. The species can be grown from seed but this is not readily available. 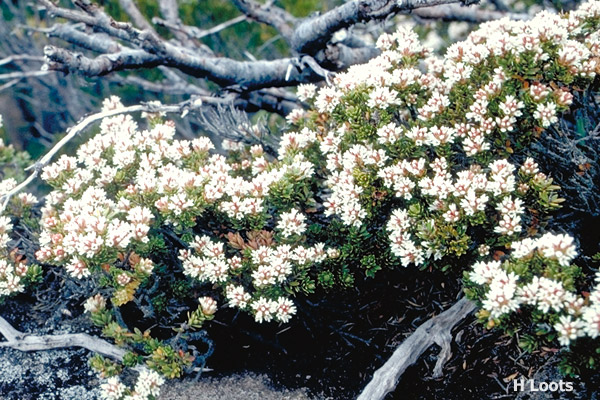