Eremophila denticulata is a small to medium shrub which may reach 2.5 metres in height. The leaves are up to 60 mm long, lance-shaped or elliptical and new growth may be sticky to the touch. The flowers are initially yellowish but age to pink/red in colour. They are about 30 mm long and tubular in shape. They mainly occur in spring but sporadic flowing may occur at other times. The rounded fruits are about 10 mm in diameter.

E.denticulata is well known in cultivation and grows well in dry climates on a variety of soils which must have good drainage. It has also been successfully cultivated in humid, temperate areas. The species will tolerate at least moderate frosts and prefers full sun. 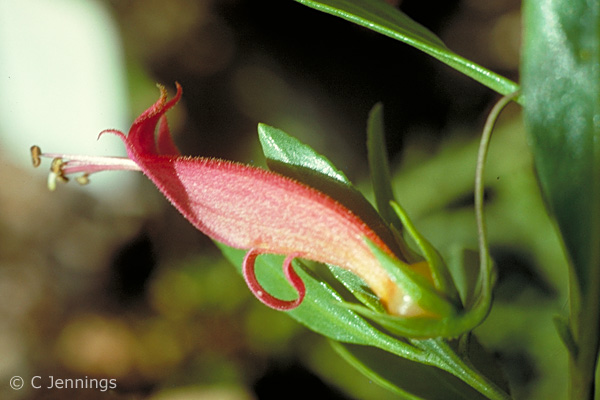