Eremophila nivea is a small shrub to about 1 -1.5 metres high by a similar width. It has very hairy stems and foliage giving the plant a very distinctive silvery appearance. The soft leaves are linear to lance-shaped to about 30 mm long by 4 mm wide. The mauve or lilac coloured flowers are about 20 mm long and tubular in shape. Flowers are seen from late winter to early summer. The fruits are egg shaped and about 6 mm long.

E.nivea is one of the most spectacular members of the genus. It has been in cultivation for many years but, like most eremophilas, it is best suited to dry climates in well drained soils. It can be difficult to grow in more humid, temperate areas although many people take up the challenge! In those areas, the hairy foliage is subject to fungal diseases which are difficult to control. To maximise the chances of success, the plant should be grown in an open, sunny position with good air circulation and the foliage should be kept as dry as possible. Although most plants sold are grafted to improve the hardiness and vigour of the plant, this does not fully overcome foliage problems. The plant is reported to be frost sensitive. Cultivation of the E.nivea in a container probably provides the best chance of success in humid climates as this makes it easier to provide the necessary growing conditions.

E.nivea can be grown from cuttings but the foliage may easily rot under misting conditions. Grafting onto a Myoporum rootstock is the preferred method of propagation. 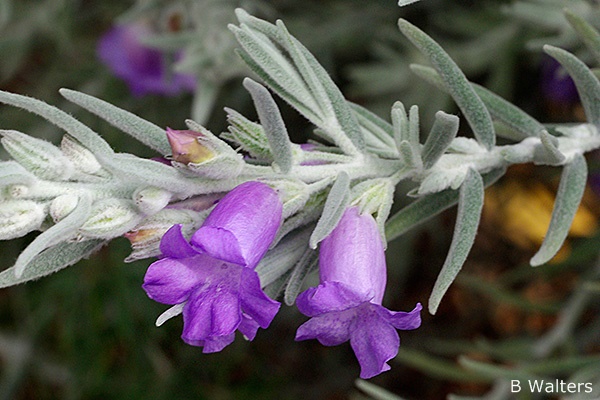