Eremophila psilocalyx was formerly known as E.pachyphylla. The species is usually a small to medium shrub which may reach 3 metres in height by a similar spread but is often much smaller. Leaves are elliptical or lance-shaped to about 25 mm long and are glabrous (not hairy). The mauve to violet flowers occur in the leaf axils and are tubular in shape to about 20 mm long. After flowering, the petals fall but the purple calyces remain on the bush for some months thus adding to the attractive features of the plant. Flowering occurs mainly in spring and early summer.

E.psilocalyx is not widely grown except by enthusiasts but it deserves attention as a colourful garden plant, particularly for dry areas. It may also have potential for wider cultivation and would be worth trialling in temperate areas in well drained sunny positions. The species is tolerant of at least moderate frost and, once established, tolerates extended dry periods.

E.psilocalyx can be grown from cuttings but these may not strike easily. 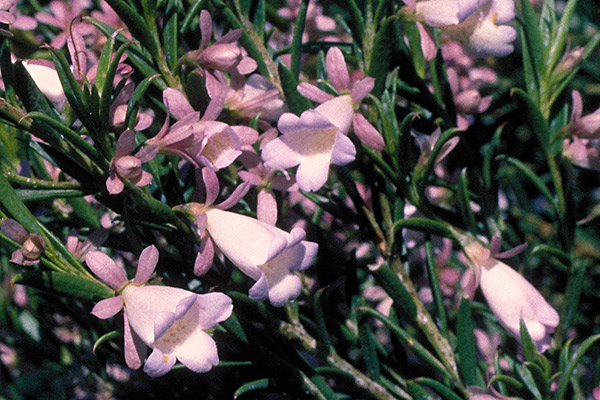