Eucalyptus caesia is one of the best known eucalypts. There are two subspecies recognised; subsp. caesia and subsp. magna. The former is a small tree of about 6-9 metres in height while subsp. magna is a taller tree to about 15 metres with pendulous branches. This form is known in cultivation as “Silver Princess”.

Eucalyptus caesia has attractive deep brown bark which peals in narrow, curling strips to reveal a pale undersurface. This type of bark is known as ‘minni ritchi’ bark and is a feature shared by a small group of eucalypts, including E.orbifolia.

E caesia has deep green foliage with a whitish bloom. The flowers are large (up to 50 mm in diameter) and normally pink to red in colour but white flowered plants are known. Flowering is very conspicuous and occurs in winter and spring. Flowers are followed by large, urn-shaped “gumnuts” about 30 mm in diameter.

As a species native to relatively dry areas, E.caesia is best suited to cultivation in climates which have a dry summer. It has been grown in humid districts but cannot be regarded as reliable in those areas. The species develops a lignotuber and should respond to hard pruning to near ground level if rejuvenation is required. The weight of the old fruits may cause the branches to bend excessively and removal of some may be warranted if breakage seems likely. 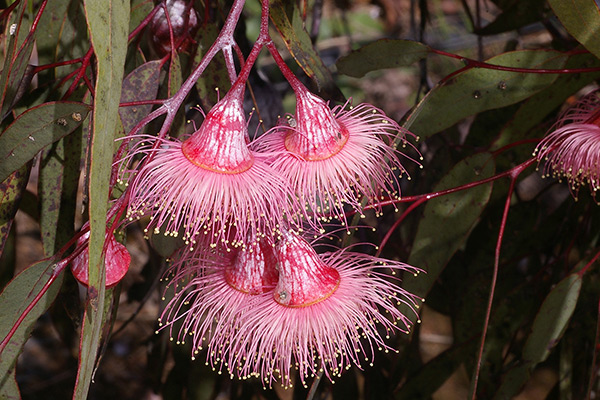 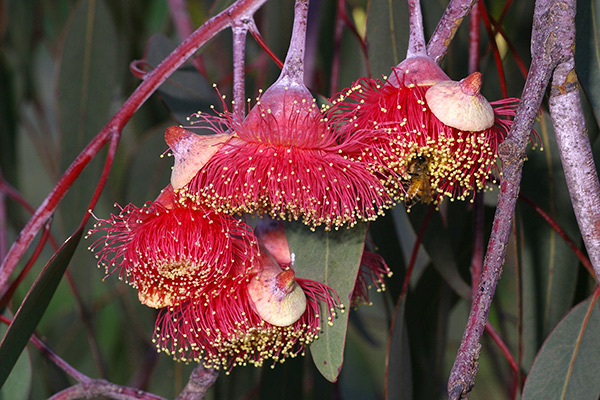 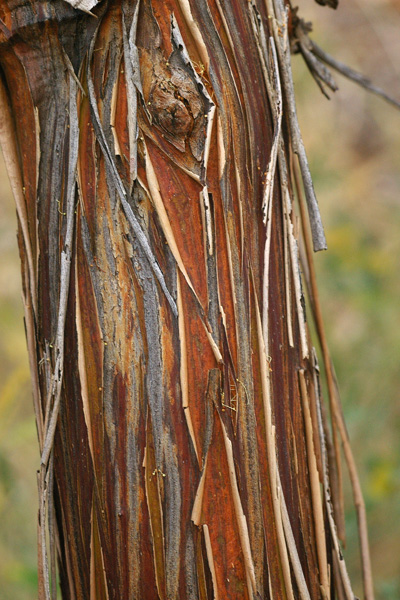