Hardenbergia is a small genus of three species, the most common and best known of which is Hardenbergia violacea.

Hardenbergia violacea is usually a climbing plant whose branches twist around the stems of other plants. It is moderately vigorous but rarely covers other plants so extensively as to cause damage. Shrubby forms without any climbing tendency are known. The leaves are dark, glossy green with prominent veins and are 75-100 mm in length.

The flowers, which appear in winter and spring, are usually violet in colour but pink, white and other colours are sometimes found. The flowers are the typical “pea” shape consisting of 4 petals; the “standard”, the “keel” and two “wings” as shown in the diagram below.

A number of colour varients of H.violacea are becoming generally available in nurseries, with some imaginative cultivar names attached – for example:

H.violacea is a popular and generally hardy garden plant which is widely grown. It is adaptable to most soils and aspects although sunnier positions will usually result in better flowering. Given the wide range of the species, however, forms from drier areas may not be vigorous in tropical areas, and vice versa. Where possible, it is best to select forms from similar climatic zones to the area where they are to be cultivated. 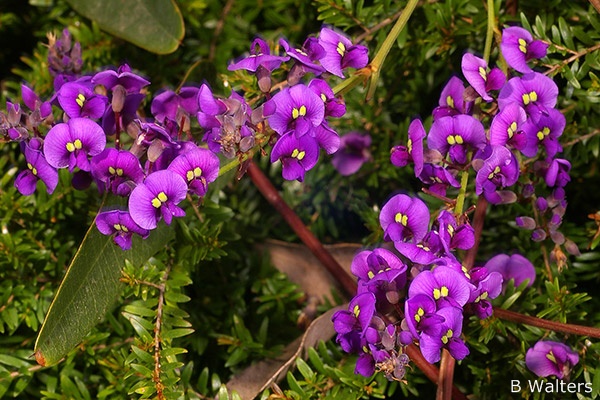 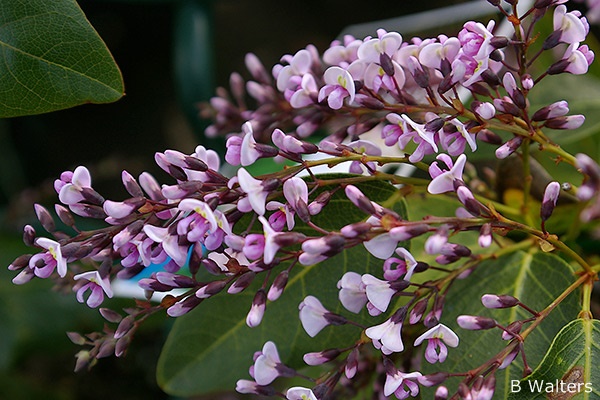