Hibiscus is a genus which is well known in horticulture through the many exotic species and cultivars, principally Hibiscus rosa-sinensis which has thousands of registered cultivars. Overall there are more than 300 Hibiscus species which occur mainly in tropical and sub-tropical regions. Australia has about 40 native species, most of which are endemic. There are also a number of closely related genera in Australia with Hibiscus-like flowers. These include Abelmoschus, Alyogyne, Gossypium, Howittia and Lagunaria.

Hibiscus heterophyllus is a medium to large shrub of open habit, from about 3-6 metres high. The leaves are up to 200 mm long by 100 mm wide and may be linear to oval shaped either entire or 3-lobed. Flowers are large, up to 150 mm in diameter of typical hibiscus shape. In common with most Hibiscus species, the individual flowers last only 1-2 days but new flowers continue to open over a long period, generally from spring through to summer. The blooms are variable in colour and may be white, pink or yellow with a deep red centre. They are followed by hairy seed capsules containing a number of seeds. The hairs on the capsules can cause severe skin irritation and need to be handled with care.

The flower buds can be made into a jam. Other parts of the plant are also edible and have been used by Aboriginal people as a food source.

Although grown by Australian native plant enthusiasts, H.heterophyllus has received only limited cultivation in the wider community (in common with other Australian members of the genus). H.heterophyllus is an attractive and hardy species in a range of soils and climates. In cold climates it may be cut back by frost unless grown against a wall or fence where warm air is trapped or where heat is retained in the structure (eg. a stone or brick wall). In such areas plants propagated from clones native to the southern part of the range of the species may prove to be more frost tolerant. Frost-affected plants will often reshoot from the lower branches. Plants can become sparsely foliaged with age but can be pruned back by about one-third if needed to maintain a bushy shape. The species prefers full sun or light shade.

Pests are generally few but, in common with the exotic cultivars, hibiscus beetles can be a problem. These can be controlled by placing white ice cream containers with detergent water among the hibiscus plants and putting fresh water and detergent in the containers every few days. Harlequin bugs may also be noticed and, although they draw sap from the plants, they are rarely a serious problem.

Propagation from seed is relatively easy and no special pretreatment is needed although germination will be faster if seed is abraded or soaked before planting. Cuttings also strike readily, particularly if cuttings are taken on an angle through a node and rooting hormone is applied to their ends.

Thanks to Jim Purdie for the hint on using detergent water to trap hibiscus beetles. 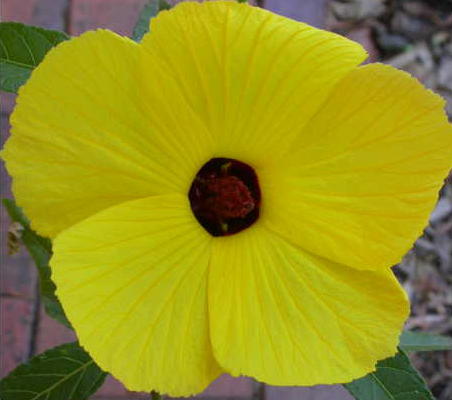 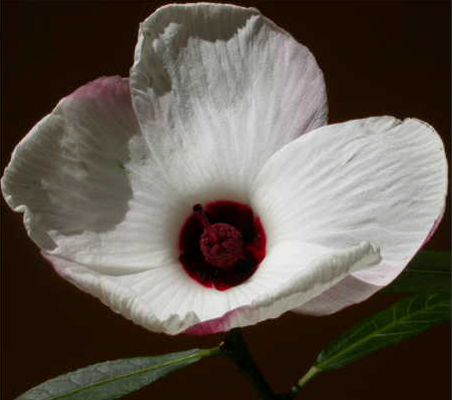 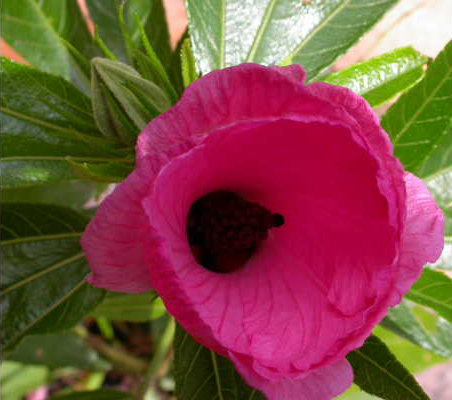