Isopogon anemonifolius is a small to medium shrub from about 0.5 to 2 metres in height by a similar width. The leaves may be up to 100mm long and are divided into many linear segments. The yellow flowers occur in late spring and early summer, conspicuously displayed on the ends of the branches. The flower clusters are around 35 mm in diameter and are followed by the spherical (barrel-shaped) seed pods which remain on the plant for an indefinite period.

This is an attractive species which is well known in cultivation. It was one of the first Australian plants to be cultivated in Europe in the late 1700s. Several named cultivars have been developed. It is a hardy plant in moist, well drained, sandy to sandy loam soils in full sun or light shade. The species develops a lignotuber and will tolerate severe pruning if needed. 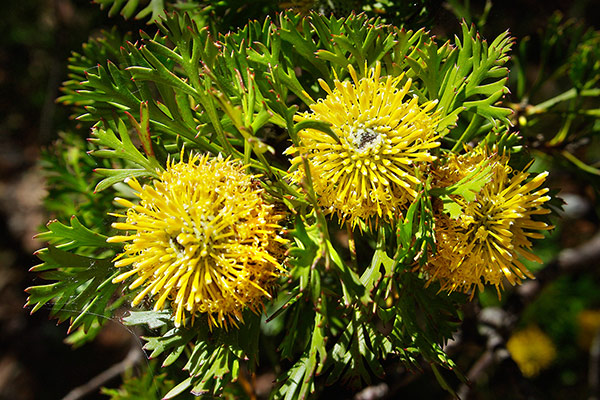