Kunzea ambigua is a medium to large shrub reaching up to 3 metres in height but it is quite variable. Some forms have a lower, weeping habit. The leaves are narrow, linear in shape to about 10 mm long. The white, scented flowers are clustered into globular-shaped heads at the ends of the branches and are very profuse and conspicuous. Flowering occurs in spring and the flowers are followed by small 1-celled fruits which release numerous small seeds when ripe.

This species has been in cultivation for many years. It is very hardy and could be considered as a root stock for cultivation of some of the colourful western species which can be short lived on their own roots. It is suitable for a range of soils, provided they are not waterlogged and grows well in sunny or lightly shaded positions. It withstands at least moderate frost. A pink flowered form is also in cultivation. 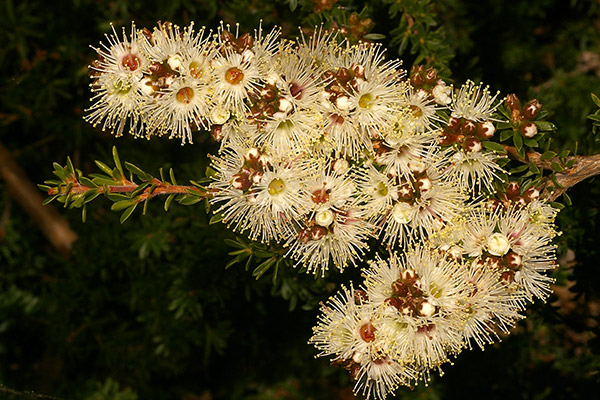