Kunzea capitata is a small, spreading or erect shrub commonly about 0.5 to 1 metre in height but sometimes reaching 2 metres. The leaves are elliptical to oval shaped, up to 10 mm long and usually covered with short hairs. The flowers are usually pink to purple and occur in clusters at the ends of the branches. White flowered forms are also known. Flowering occurs in spring and the flowers are followed by small 1-celled fruits which release numerous small seeds when ripe.

This species has been in cultivation for many years but is not widely grown. It is hardy in well drained, moist soils and grows well in sunny or lightly shaded positions. It withstands at least moderate frost. 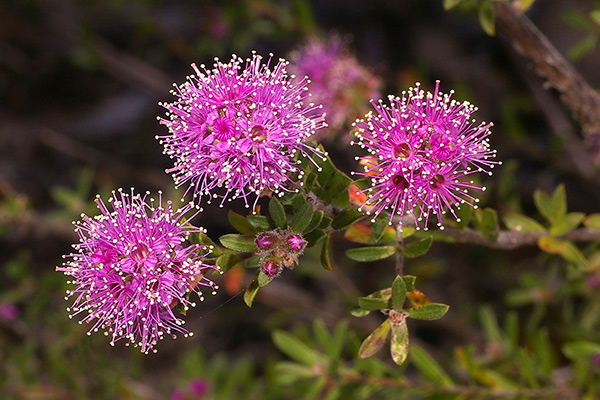 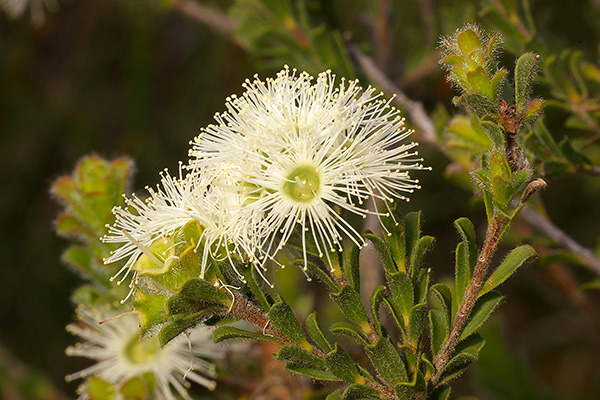