Kunzea ericifolia is a large shrub from 2 to 5 metres high. It has linear leaves about 10 mm long by 1 mm wide. The flowers are cream to pale yellow and occur in clusters at the ends of the branches. Flowering occurs in spring and the flowers are followed by small 1-celled fruits which release numerous small seeds when ripe.

This species has been in cultivation for many years. It is particularly suited to Mediterranean climates (dry summer – wet winter) but will also grow in more humid climates. It requires good drainage and a sunny or lightly shaded position. It withstands at least moderate frost. 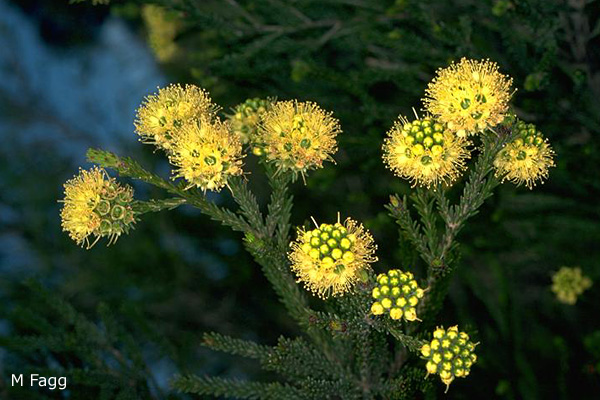