Lepidozamia peroffskyana belongs to a very ancient group of plants known as cycads. The genus Lepidozamia is endemic to Australia and there are 2 recognised species. They do not produce flowers and reproduce by means of cones borne on separate male and female plants. Both species have dark green, palm-like fronds arising from a central trunk.

Lepidozamia peroffskyana is a large cycad reaching 4 to 7 metres in height with the trunk usually retaining the old leaf bases. The leaves are fern-like, 1.5 to 3 metres long comprising up to 250 leaflets. The male cones are cylindrical in shape up to 450 mm long by about 150 mm wide. Female cones are barrel shaped and are 500 to 750 mm x about 150 mm. When ripe, the cone on the female plant breaks apart to release the large, bright red seeds which are about 50mm long by 25mm wide.

Like other cycads, the seeds contain toxic compounds which have caused fatalities to both humans and livestock. The aborigines developed a method of vigorous leaching to remove the toxins and many cycad species were an important part of their diet.

Lepidozamia peroffskyana has been in cultivation for many years and is popular in landscaping. It forms a very attractive plant for a garden or container. The plant is slow growing but can produce an attractive foliage display in 3-4 years. In the garden, the species is not demanding in its requirements providing drainage is good. The plant can withstand extended dry periods and is best in dappled shade.

Propagation is from seed which germinates easily without the need for any pretreatment.

For further information on cycads and their cultivation see: 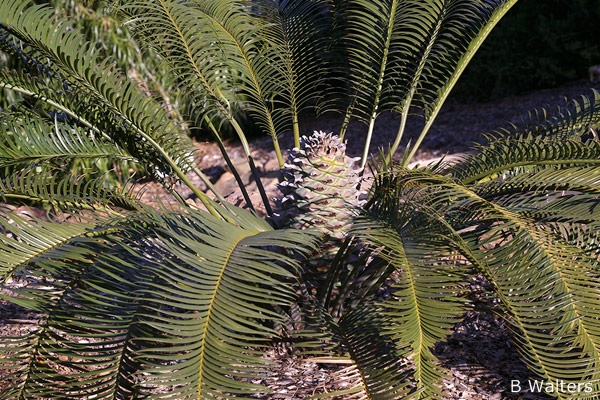 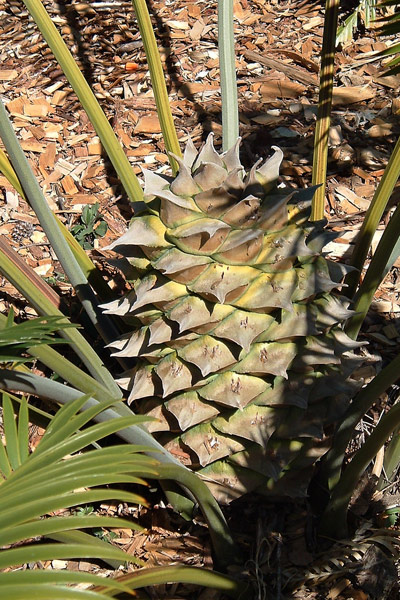