Leptospermum macrocarpum (formerly known as L.lanigerum var.macrocarpum) is a medium shrub to about 1.5 metres by a similar width. Leaves are generally oval-shaped to around 20 mm long. The 5-petalled flowers are much larger than is typical for the genus being about 25 mm diameter with numerous small stamens surrounding the central stigma. The flowers may be white, pink or red with a green centre. Flowers which appear in spring and early summer are followed by large, woody fruits containing many seeds; the fruits remain unopened until they are removed from the plant or the plant dies.

Leptospermum macrocarpum is not common in cultivation but deserves to be widely grown. It is a hardy shrub for moist soils in temperate climates. Plants prefer full sun or partial shade and may be pruned severely if necessary.

Propagation is easy from both seed and cuttings. However, as the various colour forms occur together in the wild, seed cannot be guaranteed to produce plants true to the flower colour of the parent. 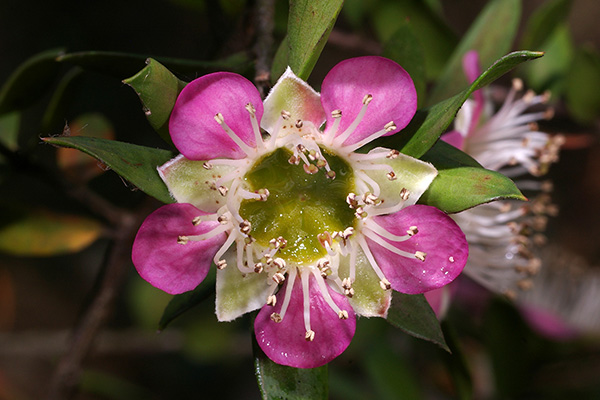 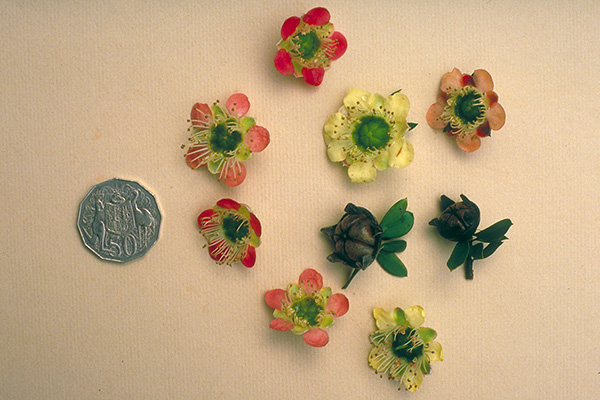