Leptospermum turbinatum was previously included in L.nitidum but the latter is now regarded as a separate species which is restricted to Tasmania. L. turbinatum is usually a small shrub to about 1.5 metres with elliptical leaves to about 20 mm long. The 5-petalled, white flowers are larger than is typical for the genus being about 25 mm diameter with numerous small stamens surrounding the central stigma. The flowers which occur in spring are followed by woody fruits containing many seeds; the fruits remain unopened until they are removed from the plant or the plant dies.

L.turbinatum is not widely cultivated but should succeed in moist soils in temperate climates. Plants prefer full sun or partial shade and may be pruned severely if necessary.

Propagation is easy from seed and cuttings are also successful. 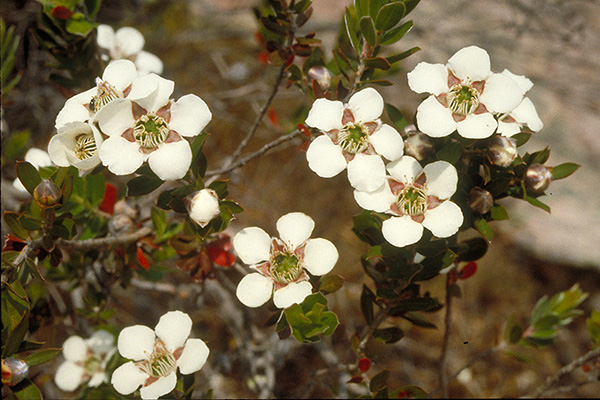