Malaisia scandens is a vigourous climbing plant with coarse-barked stems and a milky sap. The plant is dioecious (separate male and female plants). There two subspecies, M.scandens subsp. scandens and subsp. megacarpa, the latter being endemic to Lord Howe Island. The type species is widespread occurring from China, Malesia to eastern and northern Australia to New Caledonia, Fiji and Tonga.

Malaisia scandens is listed as the accepted name in the plant in the Australian Plant Census but several state herbaria prefer to use the  synonymous name, Trophis scandens.

Burnie vine is is not widely cultivated but is a very hardy plant which should grow well in gardens in tropical climates. It should be suited to a sunny, open position. The species is reported to be slow growing.

The fruit is edible and may be eaten raw or cooked.

Propagation is usually from seed but cuttings may also be successful. 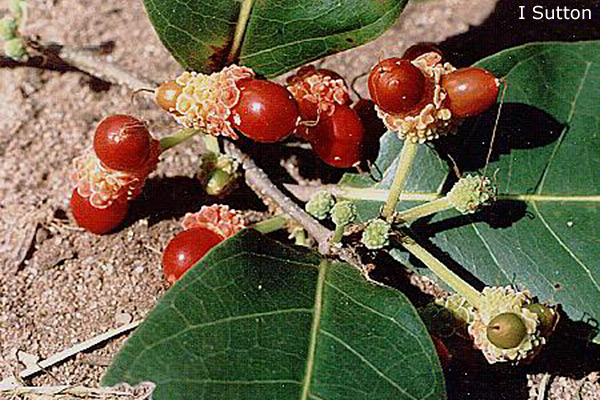