Three subspecies of Melaleuca fulgens are recognised; subsp. fulgens, subsp. steedmanii and subsp. corrugata. All are small to medium shrubs. M.fulgens subsp. steedmanii is known only from a small area west of Geraldton on the west coast and subsp. corrugata is an inland plant with a restricted occurrence near the Western Australia/ South Australia/ Northern Territory border. Both minor subspecies are regarded as being at risk in their natural habitats.

The flower clusters of the typical form of this species are of “bottlebrush” configuration, bright red in colour and well displayed. An attractive and unusual form is the “Salmon-pink” flowered form. Subsp. steedmanii also has red flowers in shorter bottlebrush clusters. Subsp. corrugata has cream flowers and is not in cultivation to any great extent. All forms flower in spring.

The leaves are grey green in colour, narrow and around 30mm long.

Although native to a dry summer climate, both subsp. fulgens and subsp. steedmanii have been grown successfully in the wetter summer conditions of Australia’s east coast in well drained, sunny positions. They are tolerant of at least moderate frost.

The species responds to annual fertilising after flowering and to an annual light pruning to encourage a bushy shape.

Propagation is easy from both seed and cuttings. Particular colour forms must be propagated from cuttings to ensure that plants true to the parent are obtained. 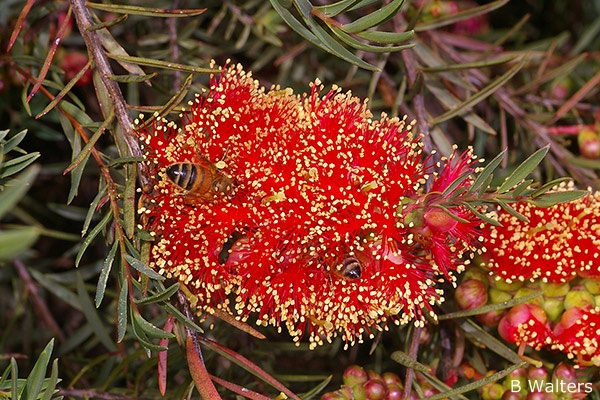 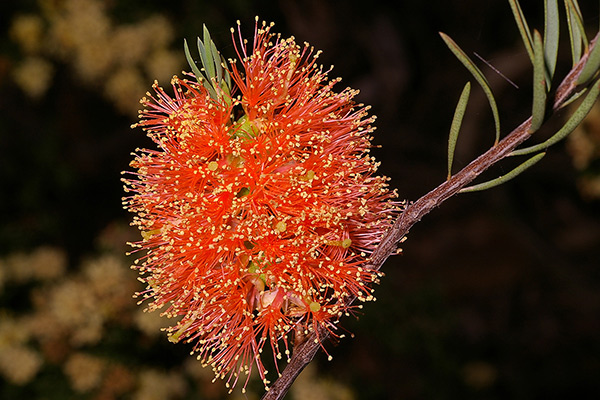 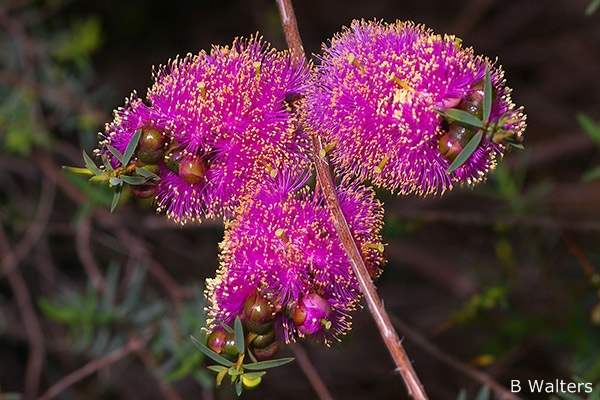 A hybrid form of Melaleuca fulgens subsp. steedmanii with purple flowers.
The other parent may be M.radula
Photo: Brian Walters