Melaleuca teretifolia is a small to medium shrub from 1 to 3 metres high, usually erect in habit. The linear leaves are rounded in cross section (terete), 40-60 mm long and tapering to a sharp point. The flowers occur in globular-shaped clusters about 20 mm in diameter. The clusters are usually borne on the older branches and resemble the flowering habit of some Hakea species.

The flowers are usually white but pink and mauve forms are known. The cultivar ‘Georgiana Molloy’ (purple-pink flowers) is now regarded as a form of M.teretifolia (previously it was thought to be a hybrid with M.teretifolia as one parent).

M.teretifolia is not widely cultivated although it appears to be hardy in a range of climates and soils. It is one of the hardier Western Australian species in humid areas of the east coast where western species can be difficult to establish. It prefers a sunny position and plants are tolerant of at least moderate frost. The plants can be reluctant to flower under dry conditions.

Propagation is easy from both seed and cuttings. Particular forms, such as ‘Georgiana Molloy’, must be propagated from cuttings to ensure that plants true to the parent are obtained. 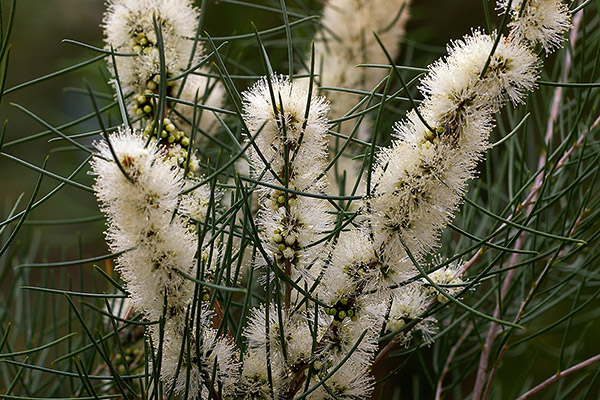 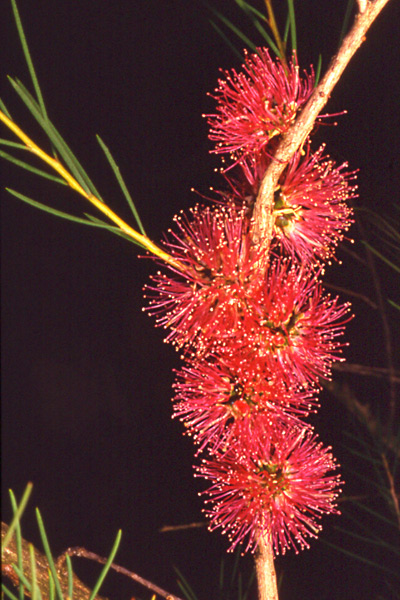