Melaleuca thymifolia is one of the most widely cultivated members of the genus and is well established in general horticulture.

The species forms a small shrub rarely exceeding 1 metre in height. The flowers occur in clusters on the older stems and have a distinctive “claw” configuration which clearly shows the united stamens that are a feature of the genus. The flower colour is usually mauve or purple but pink and white forms are in cultivation under the names of “Pink Lace” and “White Lace” (as shown in the photos).

The leaves are oblong-elliptical in shape and about 10mm long.

Melaleuca thymifolia has proven to be adaptable over a wide range of climates and will tolerate less than perfect drainage. However, best performance is achieved under conditions of good drainage with assured moisture. Flowering is best in sunny positions but the species will tolerate shade with reduced flowering and some sparseness in habit. The species responds to annual fertilising after flowering and to an annual light pruning to encourage a bushy shape. 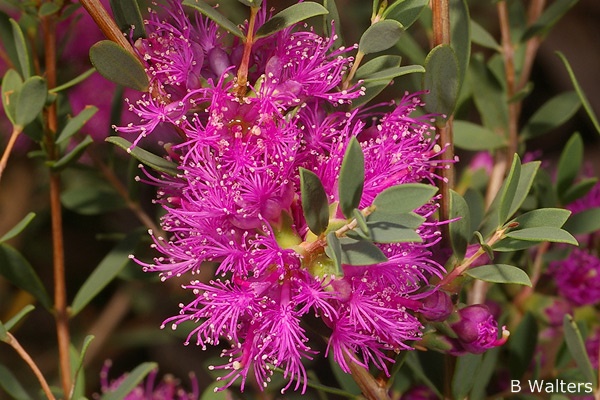 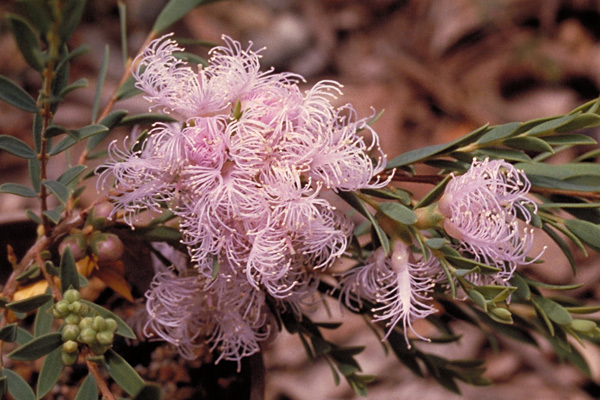 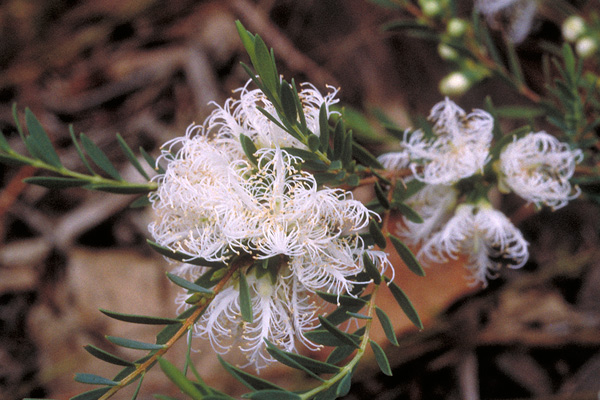