Like most of Australia’s members of the Ericaceae, Melichrus belongs to the subfamily Epacridoideae, which was formerly classified as a separate family, the Epacridaceae. Melichrus consists of 4 species of small shrubs, all of which are endemic to eastern Australia. They occur in open forests and heaths.

Melichrus procumbens is a low, spreading shrub usually not more than 10 cm high by about 0.5 metres in width. The leaves are lance-shaped and hairy, about 25 mm long and tapering to a point, which is not especially prickly. The cream-coloured flowers are about 12 mm in diameter and produce large amounts of nectar which results in a fragrant scent. The flowers are visited by honey-eating birds and ants and are usually seen in spring, but they tend to occur underneath the foliage so that they are somewhat hidden from view.

The species is not well known in cultivation but is suited to temperate and sub-tropical areas. It prefers a well drained position in semi shade to full sun and should not be allowed to dry out. It is tolerant of heavy frost. It is also a very attractive plant for a container.

Propagation of M.procumbens is usually by cuttings of current season’s growth. Like most epacrids, the roots are very fine and easily damaged during transplanting. Cuttings are probably best placed into individual small pots or tubes to minimise root disturbance. For further information on propagation of Melichrus and related species see Epacrids from Cuttings.

The species can be grown from seed but this is not readily available. 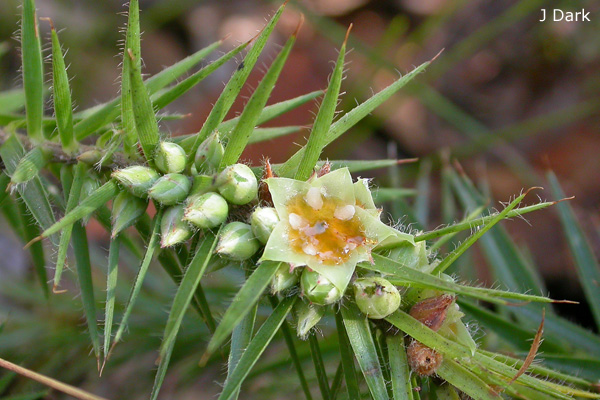