Nothofagus is an ancient genus, which was present in Gondwana and which can be found today in South America, New Zealand, New Guinea, New Caledonia as well as in Australia. Fossil records of Nothofagus have also been found in Antartica. There are about 40 species worldwide. In Australia, the genus is represented by N.moorei, N.cunninghamii (both evergreen species) and the deciduous N.gunnii.

Nothofagus cunninghamii is a rainforest tree which is a major component of cool, temperate rainforests in Tasmania and in southern Victoria (eg. Otway Ranges and the Strezelecki Ranges). In areas where it occurs, the rainforest is often dominated by this species, especially in Tasmania where its most common associations are with southern sassafras (Atherosperma moschatum), leatherwood (Eucryphia lucida), ‘Horizontal’ (Anodopetalum biglandulosum) and also with celery-top pine (Phyllocladus aspleniifolius).

The species varies from a small, stunted shrub at high altitudes, in exposed situations, to a large tree in sheltered valleys, often reaching 50 metres. The leaves are small, 7-15mm long by about the same in width, rhomboid in shape and dark green. The new shoots and leaves are reddish- bronze and most attractive. The flowers are unisexual and inconspicuous. The timber is reddish-pink and straight grained and is much used for construction and joinery.

Although essentially a rainforest tree, myrtle beech will tolerate considerable exposure and a wide range of soils except those which are poor and which dry out easily. Young plants to 15cm, and established in pots, may be transplanted into a larger garden or maintained for a long period as a tub plant as it is very tolerant of pruning and shaping – tip pruning in late summer will maintain desirable size and shape as well as stimulate growth in the following spring for a beautiful display of colourful foliage. It is an excellent subject for bonsai art.

Either in the garden, where it may take some time to attain says 10 – 15 metres, or in a large pot, the ideal soil is a well-drained mix with plenty of well-rotted compost. Regular deep watering and heavy mulching are recommended especially in drier areas. Plants are frost tolerent to about -7°C.

The species can be propagated from seed which is best sown fresh. Stratification of seed by storage in a refrigerator for up to 2 months prior to sowing may assist germination success. Successful propagation from cuttings of hardened, current season’s growth has been reported. 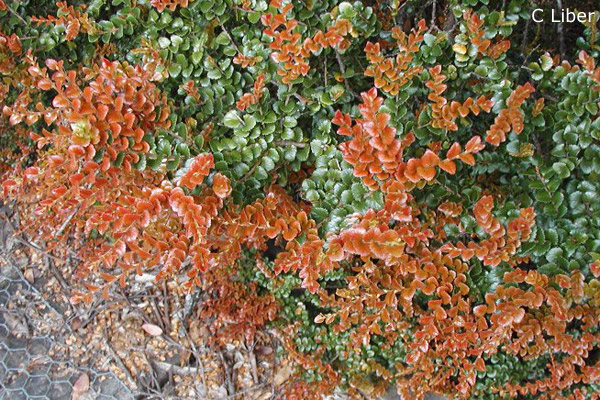