Philotheca is a genus of about 45 species, all of which occur only in Australia. The genus has been recently increased in number by the transfer of about 39 species from the genus Eriostemon. Transferred species include Philotheca verrucosa which was previously known as Eriostemon verrucosus. Philotheca is closely related to the well-known Boronia, the most obvious distinction being the presence of 4 petals in Boronia and 5 in Philotheca. The leaves are also opposite in Boronia and alternate in Philotheca.

Philotheca verrucosa is a variable plant which is usually a shrub less than one metre in height. It is well established in cultivation, particularly among Australian plant enthusiasts. The branches are “warty” due to the presence of prominent glands and the leaves are ovoid in shape to about 15 mm long. The leaves have a strong aroma when crushed due to the presence of volatile oils. The waxy, white or pale pink flowers are seen from late winter through to late spring and are about 15-20 mm in diameter. Ocassionally plants bearing “double” flowers are seen and some of these have been brought into cultivation. A double flowered form is shown in the gallery photo while a single flowered form is shown at right.

P.verrucosa is hardy in temperate climates but is best suited to areas without high summer humidity and rainfall. It requires well drained soils and prefers a semi shaded position. It is tolerant of at least moderate frosts.

In common with most members of the Rutaceae, propagation of P.verrucosa from seed is difficult. Cuttings from current season’s growth are successful but may be slow to strike. Propagation of selected forms, such as double flowered forms, can only be carried out by cuttings or by other vegetative means. 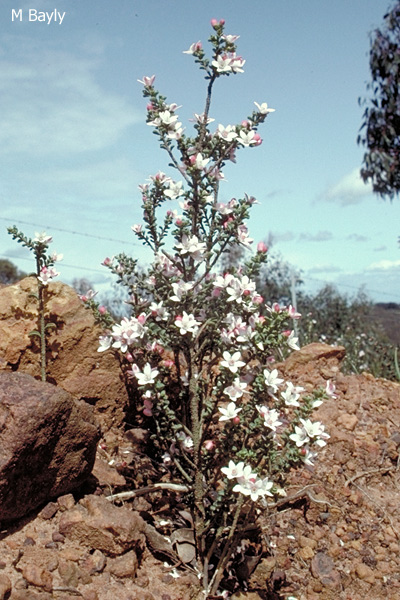 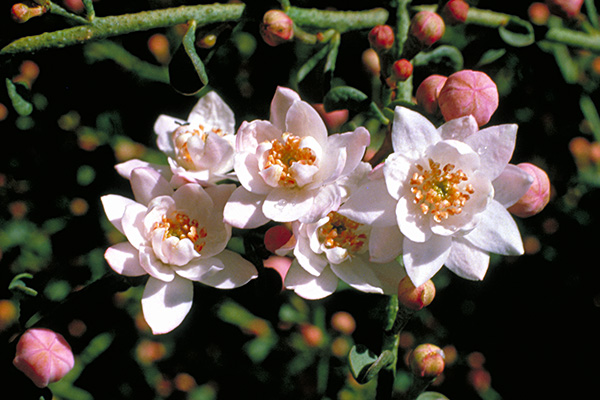