Podocarpus is a genus of conifers consisting of about 100 species and distributed in tropical and sub-tropical areas of the Southern Hemisphere. Conifers belong to the group of non-flowering plants known as Gymnosperms. These produce “cones” rather than flowers and they are “naked seeded” in that seeds are not enclosed in an ovary as in the flowering plants.

There are about six species of Podocarpus found in Australia. The best known is probably the plum pine, Podocarpus elatus, a large tree found in New South Wales and Queensland.

Podocarpus spinulosus is usually a medium shrub to about 2 metres high but it can occasionally be found as a small tree. It has linear leaves up to 75mm long, glossy green and ending in a sharp point. The male cones and female fruits are borne on separate plants (dioecious) and, unlike most conifers, the fruiting cone is not woody but consists of a single seed at the end of a swollen fruit-like stalk. This “fruit” is edible.

This species is not as widely grown as P.elatus but it would make an attractive garden or container plant due to its attractive foliage and habit. Male and female plants would be needed to produce “fruit”.

Propagation can be carried out from seed without pre-treatment although germination is often slow. The species can also be propagated from cuttings. 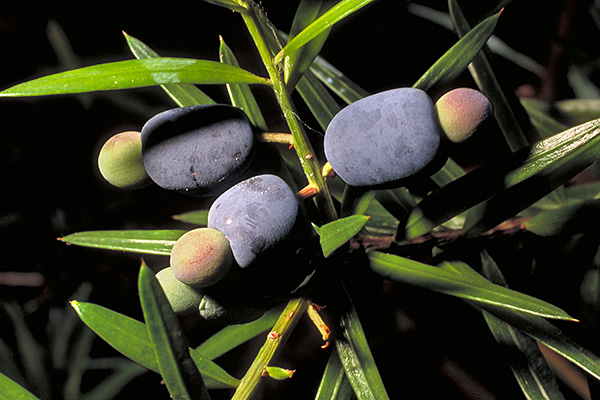