Prostanthera cruciflora is an erect shrub to about 1.5 metres in height by a similar width. The leaves are oval shaped, greyish-green, about 15 mm long and often distinctly curved inwards. The white flowers are unusual in having the shape of a cross – they are about 15-20 mm in diameter and are seen in spring.

P cruciflora is not well known in cultivation, possibly because it is not as spectacular in flower as some of the other mint bushes. However, the unusual flowers make it an interesting plant for the garden. It prefers well drained soils in a sunny or semi shaded location and should not be allowed to dry out. 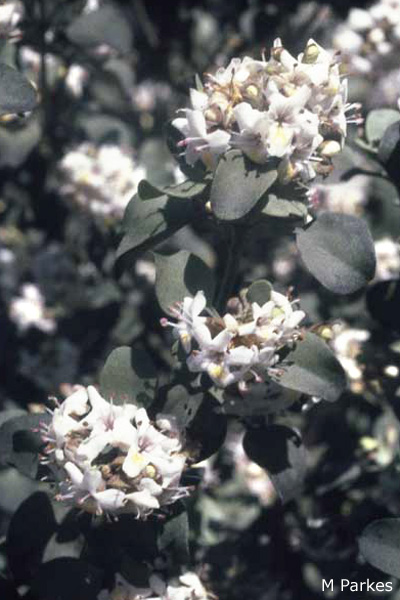