There have been a number of “Poorinda” cultivars released into cultivation. Mainly grevilleas, they originated on the property of the late Leo Hodge, north-eastern Victoria. Prostanthera “Poorinda Ballerina” is a small shrub to about 1.5 metres high. The leaves are about 10mm long and “trowel”-shaped. The flowers are white with a yellow throat and flowering is usually prolific with the flowers almost obscuring the foliage.

“Poorinda Ballerina” is quick growing and, like most mist bushes, should be pruned back annually by about one third to help promote a bushy shape. It is hardier than many other mint bushes and prefers a moist, well drained position with some shelter from direct summer sun.

Propagation is easy from cuttings. 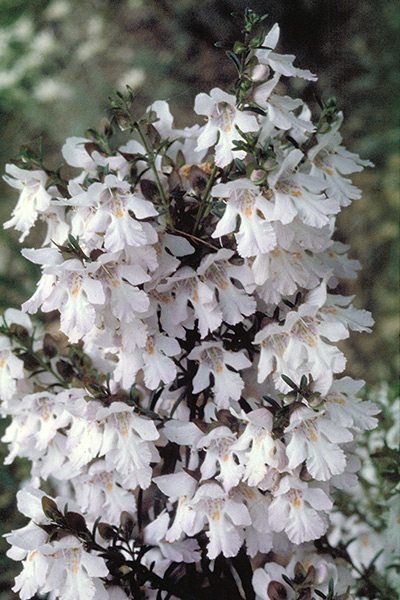