Prostanthera stricta is an erect shrub to about 2 m high by a similar width with branches that are densely hairy. The leaves are oval shaped and up to 12 mm long and are also densely hairy. Like many mint bushes the leaves are highly aromatic. The flowers are seen in spring and are usually purple or mauve. Flowering is often prolific.

P.stricta is a hardy and quick growing plant which should be pruned back annually by about one third if a bushy shape is to be retained. Like most prostantheras it prefers a well drained, moist position with some shelter from direct summer sun. 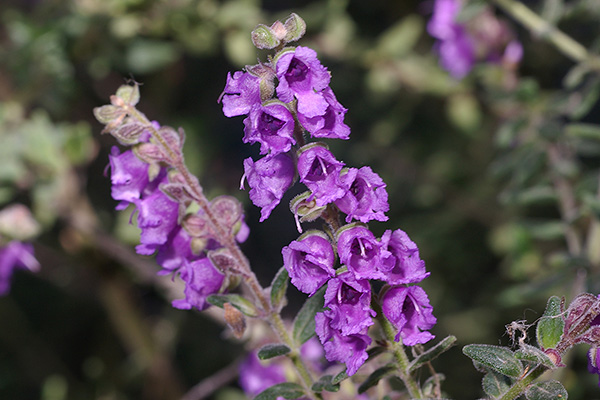