Prostanthera teretifolia is usually a small shrub up to 1 metre high but occasionally may reach 2 metres. Leaves are linear and rounded in cross-section and up to 15mm long. They are grey-green in colour and highly aromatic. The flowers are usually deep purple (sometimes mauve) and flowering occurs mainly in spring. The plant is similar to another mint bush from the same general area, P.staurophylla. Some botanists consider that the two should be regarded as a single species.

This species has not been cultivated to a great extent but is a very attractive plant which deserves greater attention. Like many mint bushes it can be difficult to maintain in gardens for long periods. It prefers a well drained, moist position with some shelter from direct summer sun. 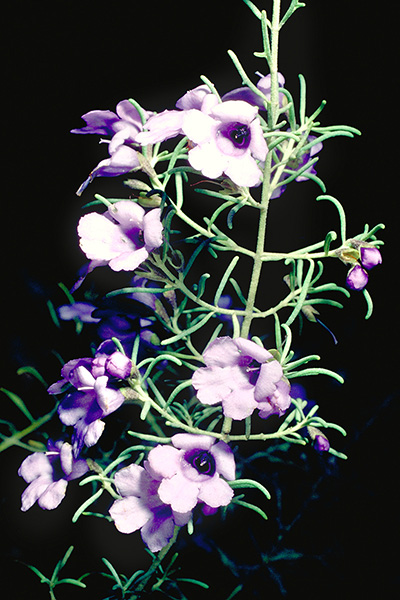