P.odorata is a medium to large shrub which can sometimes reach small tree proportions to about 8 metres high. It is a common species in the Whitsunday area of north Queensland. The glossy green leaves are elliptical to lance-shaped to about 80 mm long by 30 mm wide. The white flowers occur in spring and autumn in prolific clusters from the leaf axils and are highly perfumed. The flowers are followed by fleshy black fruits about 5 -8 mm in diameter containing 2 seeds.

Psydrax, generally, is not a widely cultivated genus in Australia but P.odorata is grown occasionally in Queensland. Information on cultivation in southern areas is lacking. It requires well drained soils and prefers a position sheltered from full sun. It is slow growing and can be expected to be frost tender, at least in the early stages of growth.

Propagation can be carried out by both seed and cuttings. Seeds should be separated from the fruit pulp prior to sowing and it is reported that seeds germinate best after soaking in water for 24 hours, discarding any seeds that float. Cuttings of hardened current season’s growth should be used but the strike rate may be well under 100%. 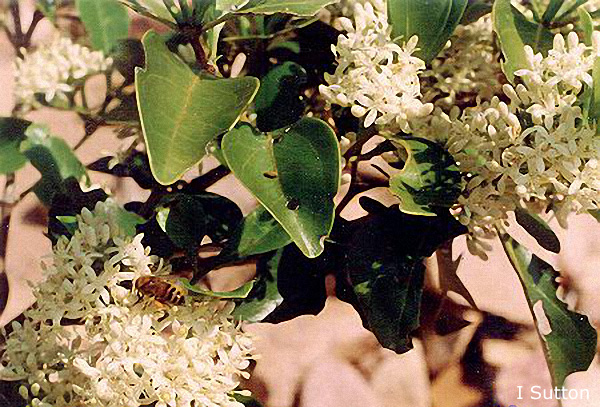 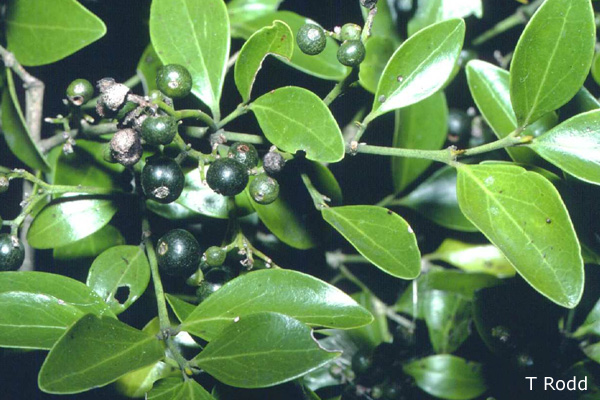