Rhodanthe anthemoides is a small, perennial species up to about 0.3 metres high by about 0.6 metres wide. It has small, narrow, greyish-green leaves up to 25 mm long. The flower heads occur singly at the ends of the stems and are 20 – 30 mm in diameter with yellow centres surrounded by white, papery bracts. Flowers occur over a long period between winter and early autumn.

This species is becoming popular in cultivation. It is suited to temperate areas, preferably in semi shade and well drained soils. However, forms from alpine areas may not succeed at lower elevations. Plants may become untidy after a few years but the appearance is improved by cutting back after flowering.

Propagation from seed can be carried out without any pretreatment but cuttings usually give more reliable results. Named forms should only be propagated from cuttings. 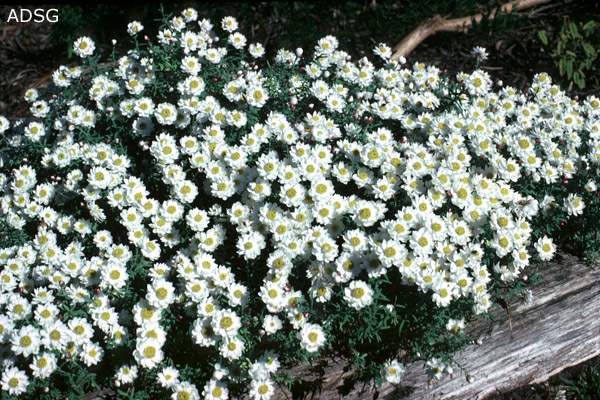 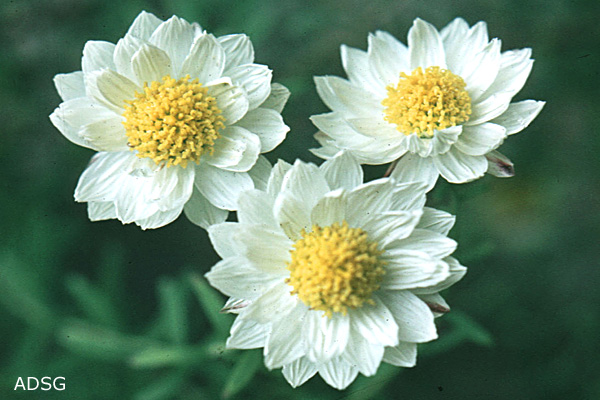