Rhodanthe is a genus of 46 species, most of which were formerly classified under other genera (mainly Helipterum but also Podotheca and Waitzia).

R.chlorocephala ssp. rosea is a small, annual species up to about 0.3 metres high and 0.3 metres wide. It has linear or elliptical-shaped leaves which are green to greyish green in colour and up to 25 mm long.

The flower heads appear mainly in winter and spring but sporadic flowering can occur at other times. The heads occur singly at the ends of the stems and are 10 – 60 mm in diameter with yellow or greenish centres surrounded by white or pink, papery bracts.

Subspecies splendida has the largest flower heads while ssp.rosea has the most colourful heads (ssp.rosea is shown in the close-up photo).

This species, particularly ssp.rosea, has been a popular plant in cultivation for many years because of its very colourful display, especially in massed plantings. It is suited to most temperate areas and will often germinate in the garden from seed produced from the previous season’s plantings. It prefers well drained soils in a sunny position.

Propagation from seed is usually reliable (except for ssp. splendida) and seed should be sown in late autumn or early winter. Seedlings should be protected from frost and should flower within 3-4 months from sowing. Good colour forms can also be grown from cuttings. 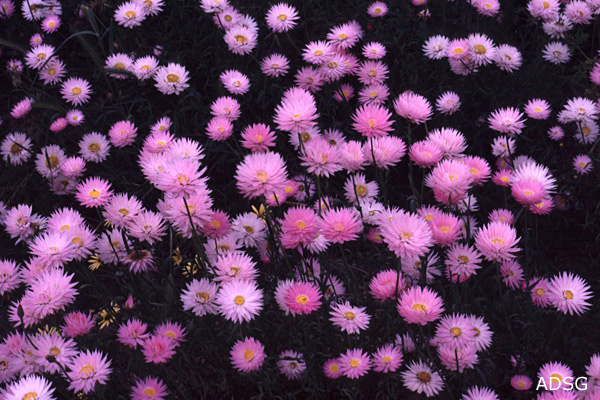 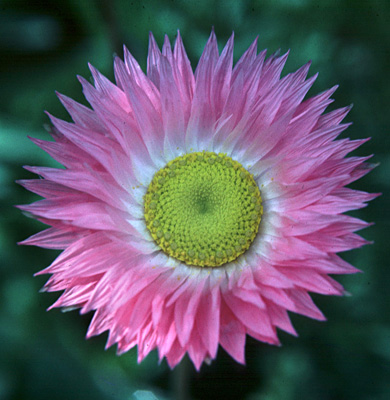