Senecio is a very large cosmopolitan genus of about 1500 species with about 50 species native to Australia. A number of exotic species have become serious weeds in parts of Australia (eg. Senecio madagascariensis. “Fireweed”, a serious pest of pastures in eastern Australia). They may be annuals or perennials usually having flowerheads comprised of a central cluster of small flowers surrounded by radiating petal-like flowers.

Senecio magnificus is an erect shrub to about 1 metre high with soft, grey leaves about 80 mm long. The flower heads are large and very conspicuous. Flowering occurs mainly in spring but occasional flowers may be seen at other times.

Like most of the Australian members of the genus, S.magnificus is not often cultivated. It deserves greater attention from gardeners as its grey foliage and bright yellow flowers are eye-catching. It should be suited to a sunny position in gardens in dry climates but may be difficult to maintain in wetter areas. Plants may become “leggy” with age and should be trimmed annually.

Propagation from seed has proven to be difficult. Cuttings of firm, current season’s growth should strike with reasonable success. 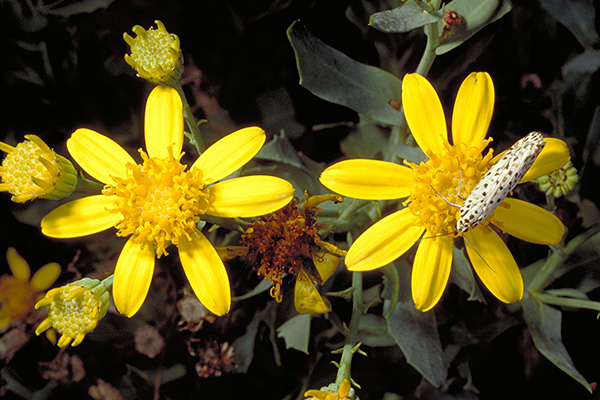