Strangea is a small genus of three species, all endemic to Australia. The genus has an unusual natural distribution with two species being found in south Western Australia while the third (Strangea linearis) occurs on the opposite side of the continent near the Queensland-New South Wales border. The genus is little known in cultivation and is probably of interest mainly to native plant enthusiasts.

Strangea linearis is a small shrub to about 1 metres high. It is lignotuberous (ie. it can regenerate from an underground, woody swelling of the trunk after bushfires). The leaves are narrow and linear in shape up to 75 mm long. The small, cream-coloured flowers occur in clusters of 2 or 3 in the leaf axils in spring. Flowers are followed by a woody fruit containing a single seed.

There is very limited information on the performance of this species in cultivation. It should succeed in well drained, moist soils in sun or semi shade.

The species may be grown from seed which germinates well without pretreatment. Cuttings are also reported to strike readily. 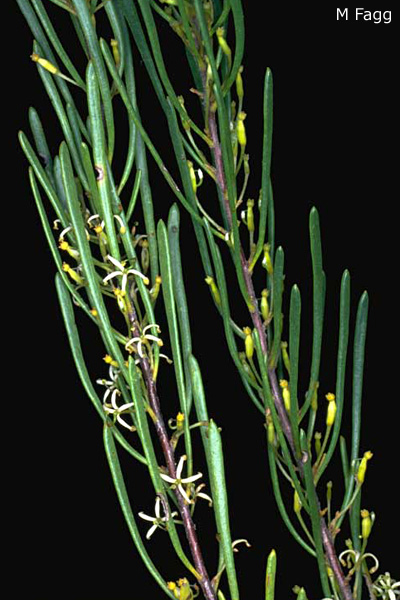