Syzygium is a genus of over 1000 species occurring in tropical and subtropical rainforests. There are about 50 species in Australia occurring in the Kimberly region of Western Australia, the Northern Territory, Queensland and northern New South Wales. The genus includes species previously classified in the genus Acmena as well as a number previously classified as Eugenia, including S.oleosum.

Syzygium oleosum is a large shrub or small tree with rough, rusty brown bark. The leaves are oval or lance-shaped from 30-120 mm long and 10-40 mm wide with conspicuous oil glands. The white flowers appear over a long period from late spring to winter and are followed by round or oval shaped fruits 10 -25 mm in diameter and purplish blue to pinkish-red in colour. The fruits are edible and usually palatable.

S.oleosum is a hardy tree for temperate to tropical climates in reasonably well drained soils. Once established it will tolerate extended dry conditions but is at its best when assured water is available. Like other species of Syzygium, scale infestations are occasionally observed. This can be controlled by the use of white oil.

Propagation may be carried out from fresh seed, either by sowing the fruits whole or after removing the flesh. The species can also be grown from cuttings of firm, current season’s growth. 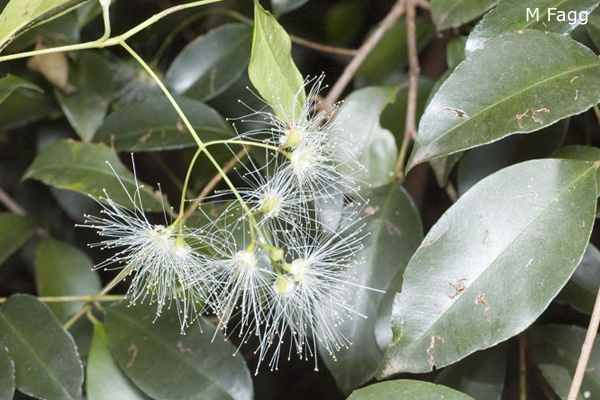 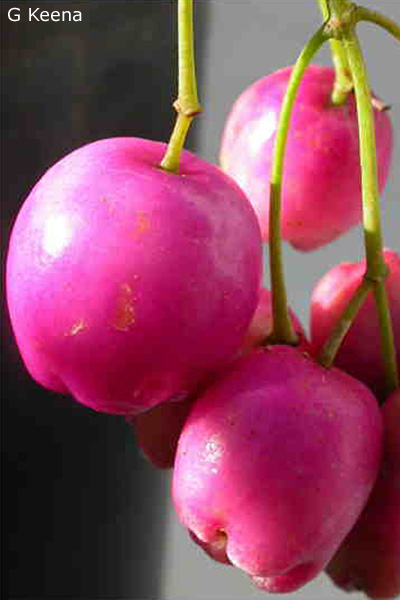