Syzygium unipunctatum is a small to medium tree to about 7 metres tall. It has lance-shaped, glossy green leaves up to about 100 mm long which have a wavy edge and taper to a point. New growth is a pink to deep red. The small white flowers appear in summer and are followed by ovoid fruits which are pink to purple in colour.

Roly poly satinash is a hardy tree for temperate to tropical climates in reasonably well drained soils. Once established it will tolerate extended dry conditions but is at its best when assured water is available. It is an outstanding foliage plant with flushes of pink/red new growth over a long period. It looks superb in a large container. Light pruning will help stimulate the new growth but, unless a hedge is required, pruning should be minimised to avoid spoiling the weeping habit. Like some other related plants in the genus Syzygium, scale infestations are sometimes observed. This can be controlled by the use of white oil.

Propagation may be carried out from fresh seed, preferably after removing the flesh. The species can also be grown from cuttings of firm, current season’s growth. 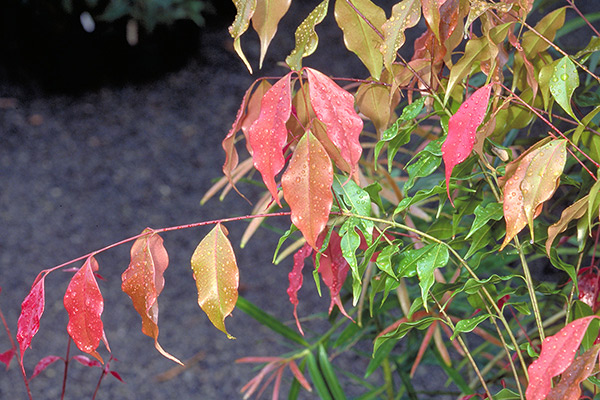