Tasmannia is a genus of about 40 species occurring in Australia, New Guinea and islands of Southeast Asia. There are about 15 species native to Australia. The best known are Tasmannia lanceolata (Mountain Pepper) and T.stipitata (Dorrigo Pepper) both of which are used as spices with a ‘peppery’ flavour.

Tasmannia insipida (previously Drimys insipida) is a shrub up to 2.5 to 3 metres high (sometimes taller) with reddish stems. The leaves are lance-shaped from 80 to 200 mm long with a peppery flavour when crushed. The small white flowers occur in umbels from the leaf axils in spring through to summer. Separate male and female flowers are borne on the one plant – male flowers are distinguished by a number of stamens extending from the base of the flower. The flowers are followed by oval-shaped, red berries about 15-20 mm long which darken to deep purple when ripe. In contrast with T.lanceolata and T.stipitata, the seeds of T.insipida are not used commercially for culinary purposes but retain the peppery flavour and are edible.

Apart from T.lanceolata and T.stipitata, Tasmannia species are not widely grown as they do not have great horticultural merit. T.insipida is likely to require soils with reasonable drainage in a semi-shaded location and should be successful in temperate to tropical climates. It is worth considering for the garden as an ‘interest’ plant for the peppery aroma of the foliage and seeds.

Propagation can be carried out from both seeds and cuttings athough limited reports suggest that germination of seeds can be slow and unreliable. Cuttings of firm, current season’s growth usually strike reliably. 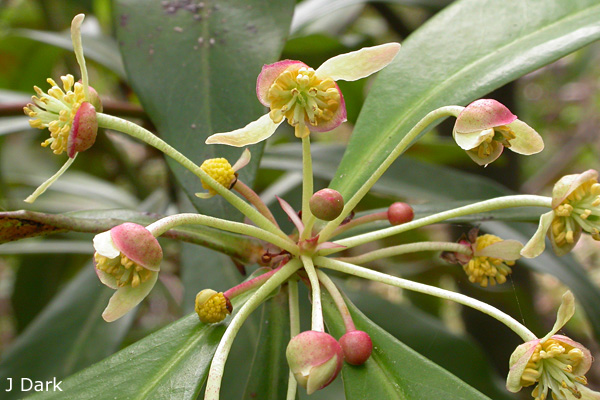 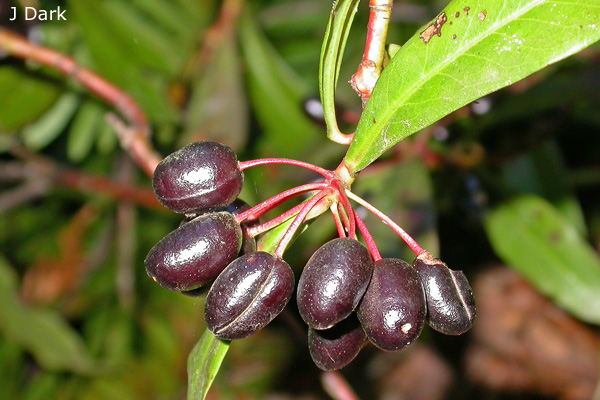