Tetratheca is a genus of about 40 species, which are small shrubs less than half a metre in height. They are endemic to Australia and found in all states. The flowers and habits of many of the species look superficially quite similar and they can be difficult to identify (at the species level) for the non-botanist. All species usually have pink to mauve flowers with a dark centre, although white forms are known. The flower colours have given rise to the name “black-eyed Susan” which is also the common name of the unrelated exotic plant Thunbergia alata, a serious weed in some areas.

Tetratheca thymifolia is reasonably common in cultivation. It is a small shrub to about 50 cm in height with many erect branches. The leaves occur in rings of three to five, are hairy on the upper surface and about 10 mm long. The mauve flowers occur singly on long, thin peduncles (stalks) from the leaf axils and, like other members of the genus, hang like bells. The flowers have 4 petals and 8 stamens. White flowered forms of T.thymifolia are not uncommon and flowering time is late winter through spring.

T.thymifolia is probably one of the most adaptable members of the genus. It can be grown in a well drained position in the garden, preferably with some shelter from the direct summer sun and with assured moisture. It also make an excellent plant for an outdoor container.

Propagation can be carried out from seed but this is rarely available. Cuttings of hardened, current season’s growth usually strike fairly readily. The use of a root-promoting hormone seems advantageous. 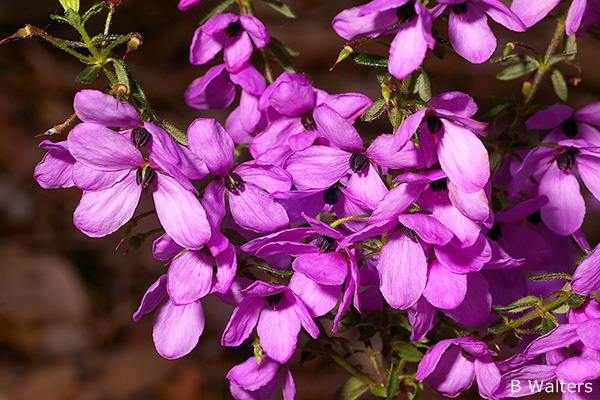 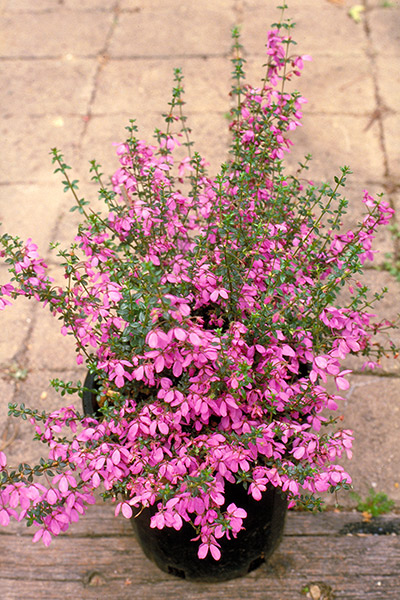 Tetratheca thymifolia is an excellent plant for growing
in a container
Photo: Brian Walters