The water gum is well known in cultivation both in private gardens and in public landscaping, particularly as a street tree. It was formerly known as Tristania laurina and is still often referred to by that name. The species is found in moist locations, particularly along river banks and in rainforest openings.

Tristaniopsis laurina is a tree to 15-20 metres but is often less in cultivation, particularly in cooler areas. It has deep green, lance-shaped leaves to around 10 cm in length. In colder areas, some of the leaves turn reddish in winter. The bright yellow flowers have five petals and are similar to those of the well known tea tree (Leptospermum sp). They occur in the leaf axils in late summer and are very conspicuous. They are followed by globular seed capsules which release the seed when ripe.

The species is successful in a wide range of soils including sandy loams as well as heavier types provided drainage is reasonable. It is a good species for growing in a lawn and it appreciates extra water during dry periods. T.laurina is also successful in most climates except very dry inland areas. The plant is an ideal tree for smaller gardens.

Propagation is usually carried out from seed which germinates readily without any pretreatment. 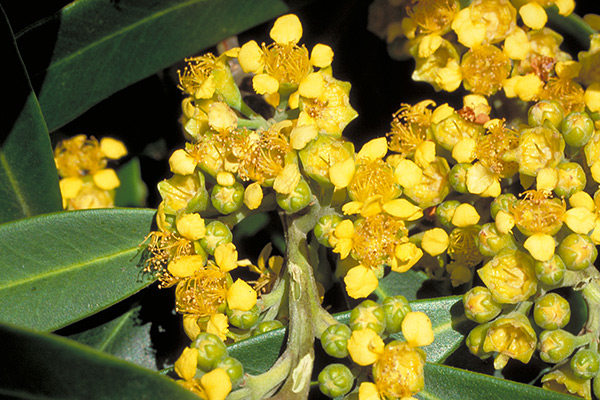