The genus Wahlenbergia occurs in South Africa, South America, New Zealand and Australia. There are about 13 Australian species and W. stricta is probably the most commonly encountered as it often seen along roadsides in masses. It is found in all states except the Northern Territory.

Wahlenbergia stricta is a perennial herb with soft, linear leaves to abot 35-50 cm long. The pale blue, or ocasionally white, flowers are seen mainly in spring and summer and are erect on long slender stems. Individual flowers are in the form of open bells, 15 to about 25 mm in diameter with five petals.

W.stricta is not widely cultivated but is ideal for a massed display in a well drained soil in either a sunny or semi-shaded situation. As the plants are shallow rooted, the soil should be kept moist but not water-logged. .

Propagation is usually by division but seed (which is not often available) also germinates readily. 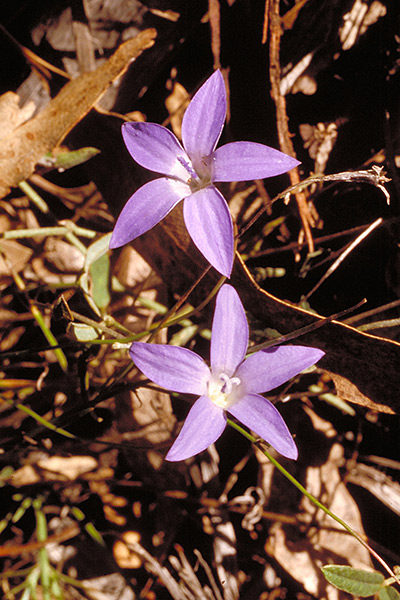