Xerochrysum viscosum is a low-growing annual or biennial plant (occasionally perennial) to about 0.75 metres high by about 0.5 metres wide. The leaves are narrowly elliptic or linear in shape to about 80 mm long by 10 mm wide and sticky to the touch. As with other everlastings, the individual flowers are very small but are formed into a large cluster surrounded by large papery bracts. The overall appearance is that of a large, single “flower” with the bracts as the “petals”. The flower heads appear in late winter through to spring and are bright yellow in colour.

This species is not widely cultivated but it is an attractive flowering plant for a rockery or understorey in a native shrubbery. Plants can become woody with age but respond to pruning. As it is an annual to perennial species, it is not a long term garden plant so new plants need to be continually propagated as replacements. It requires well drained soils in full sun to light shade.

Propagation of X.viscosum from seed is not difficult and cuttings also strike readily. 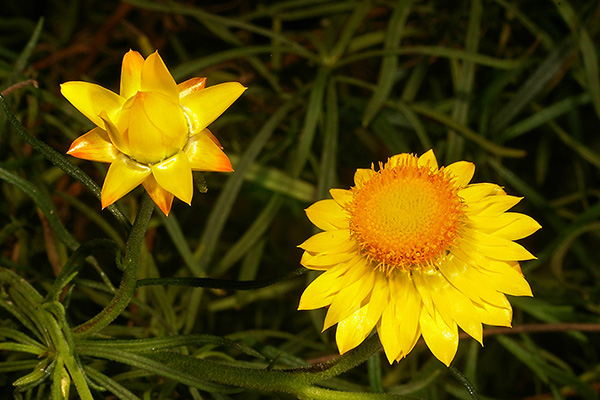