Banksia falcata is a small to medium shrub, 0.5 to 2.5 metres in height with an upright habit of growth. The leaves are stiff with very sharply pointed lobes and are somewhat cuneate (wedge shaped) up to 80 mm in length. The individual small flowers occur in bright orange or yellow inflorescences on the ends of short branches. Flowering occurs from spring to mid summer.

B.falcata has been grown by enthusiasts for some years but is not widely cultivated. It can be expected to be difficult to maintain in humid temperate and tropical areas. Excellent drainage and a sunny location are preferred. It is a very attractive species that is deserving of wider cultivation, if the prickly habit is not a deterrent. 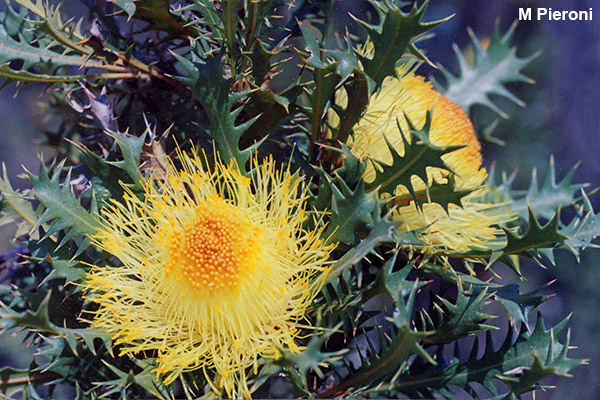