Banksia fraseri has been cultivated by enthusiasts for many years and has proven itself to be one of the hardier species in the genus. There are five recognised varieties:

The flowers clusters of B.fraseri are normally bright yellow and around 30-35 mm in diameter. They are conspicuously displayed either at the ends of stems or in the leaf axils and are seen in autumn and winter. Some forms of this species have flowers with a distinctly pink colouration.

Although one of the better known of the ‘Dryandra Group’ of banksias, B. fraseri is not grown to any great extent except by Australian plant enthusiasts. It has proven itself to be very reliable in areas where wet, humid summers are not experienced. It tends to become a bit untidy with age but responds well to pruning if required. 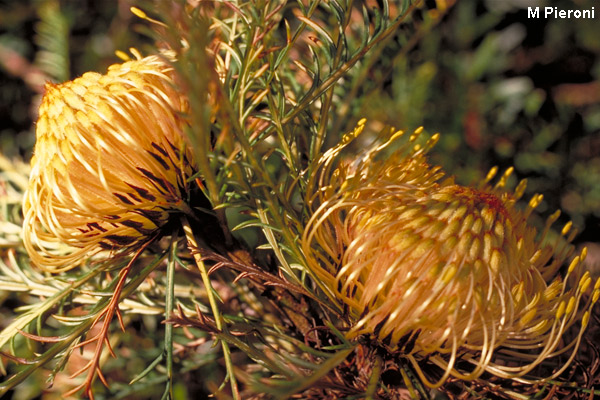