Banksia gardneri is one of several similar Western species with a prostrate habit of growth. It was previously known as B.prostrata. There are three recognised varieties; var.gardneri, var.brevidentata and var.hiemalis. The differences between the varieties are based on variations in foliage and flowers:

All varieties of B.gardneri are slow growing and may eventually reach a diameter of about 2 metres. The branches are horizontal and may be just below ground level giving the plant the appearance of flower spikes growing directly out of the ground.

The flower spikes are up to 100mm long by about 60mm diameter. The seeds are enclosed in follicles attached to a woody cone and are generally retained within the cone until burnt. Like many others in the genus, B.gardneri is a lignotuberous species (it has a woody structure at or below ground level from which regeneration of the plant occurs following fire).

B.gardneri is one of the few western banksias which can be grown with some success in areas of summer rainfall. Plants have succeeded in well drained, sunny positions and they make an excellent feature plant for small gardens.

Propagation from seed is relatively easy but cuttings may be difficult to strike. 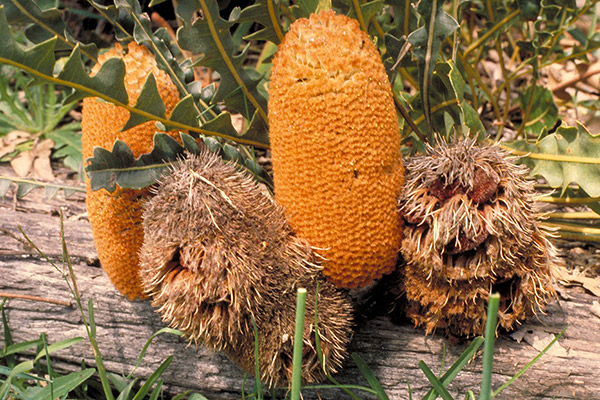